Are We Really “There” for Our Kids? 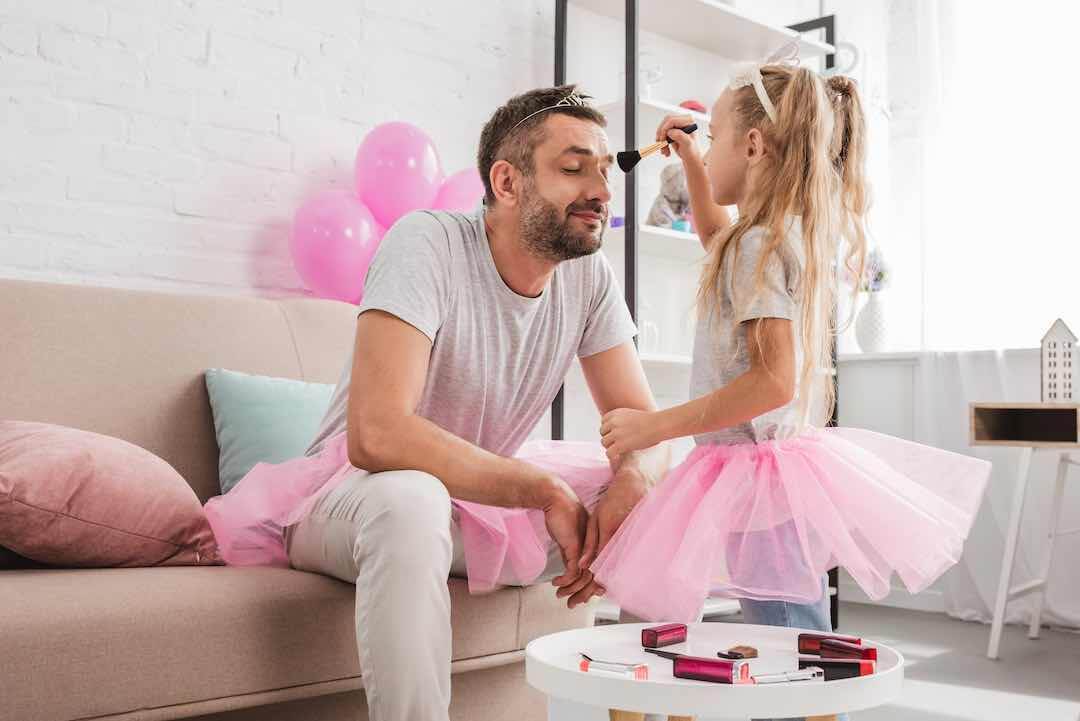 Is raising a child (or being a child, for that matter) getting easier or more difficult? A multitude of laws and increased awareness should make it easier than ever to answer that question in the affirmative. The 21st century has made amazing advances in health care; the internet provides an untold wealth of resources and help; and we’re generally more informed, aware and tolerant, if not welcoming, of all manner of differences. But are we really there for our kids/grandkids/anybody’s kids?

We generally think we are. Supporting them in sports or the arts, enjoying pizza time together – whatever “it” is, most parents and grandparents are doing all of that or more. And, we’d all generally say we love them and we’re “there” for them. But what does that really mean, why isn’t it working, and why is it critical to fix it?

The headlines may be shocking but are nonetheless illustrative of the disenfranchisement of our children. 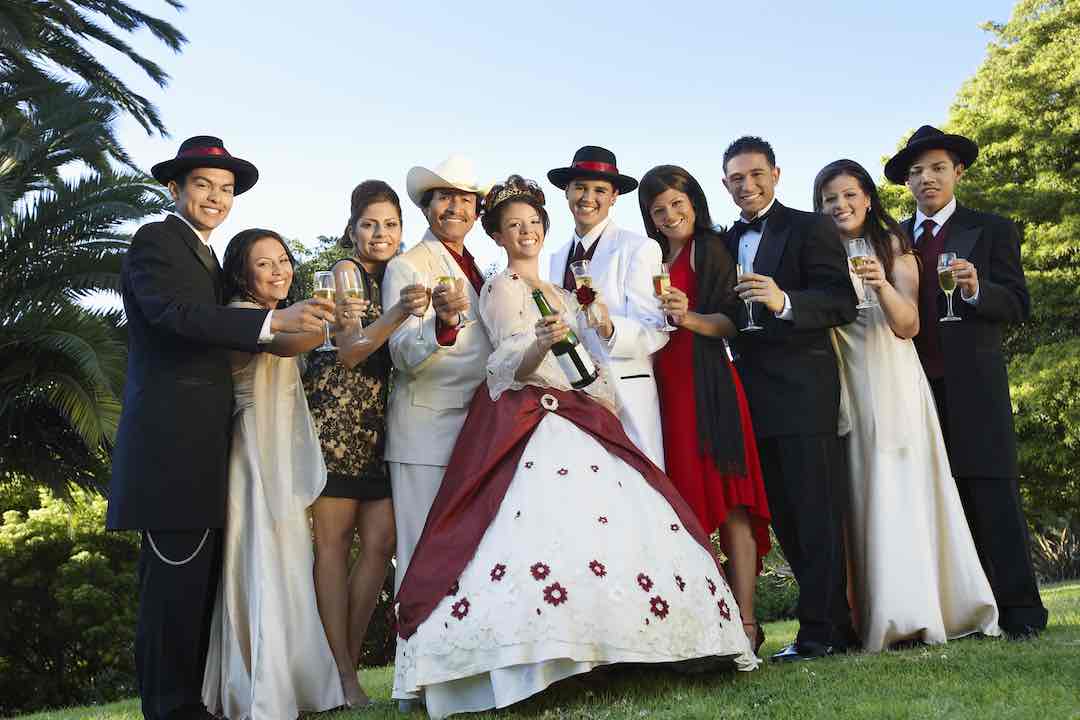 So, what’s changed to cause these issues? Well, quite a bit.

One thing that’s been missing in our society for a very long time is a rite of passage. Many societies around the world have had formalized rites of passage, generally for males but sometimes also for females. It was frequently some type of trial. They were sometimes brutal, maybe educational or informative, and frequently difficult, but they clearly marked the pathway into adulthood. That’s not to say that rites of passage necessarily gave children any more of a voice than they have now, but it at least conferred a certain level of respect upon a child who had passed successfully into adulthood.

In the 21st century, except in limited circumstances, we don’t have any formalized rite of passage. How do kids know how to be an adult?

Generally speaking, families and communities tended to be more cohesive in the past. Or at least, there were more people involved in the child’s life – extended family, neighbors, expectations at school. A lot of the young-old remember times when adults were addressed as Mr. or Mrs. and any respectable adult had the right to discipline you or tell on you to your parents if you were stepping outside of the community norms.

Think of the opportunities that kids nowadays have to “check out” – video games, their room, numerous social media apps or online sites or any physical location where kids can go to “hang out” (the mall, arcade, a friend’s house, street corner, etc. etc. etc.). We all need some space and time alone but how much is okay for kids? What lessons are they learning and who are they learning them from? Who is listening to them? Other kids who haven’t passed into adulthood either.

I read an excellent article recently about listening to kids. And, really the whole premise here is about something as simple and basic as listening, communicating.

If a child is in melt-down mode, it’s probably because they don’t know how to regulate their emotions. Sure, it may be a meltdown because it’s time to leave the playground or they can’t have the toy that they want at the store. Or, at an older age that they have a curfew or that you’re “in their business”. The issue is not necessarily about the meltdown. It’s about the fact that they’re overwhelmed, and they don’t know what to do with the anger or hurt they’re experiencing. Older kids are testing the boundaries because they don’t know where they are and why they need any.

What do we do when that happens? 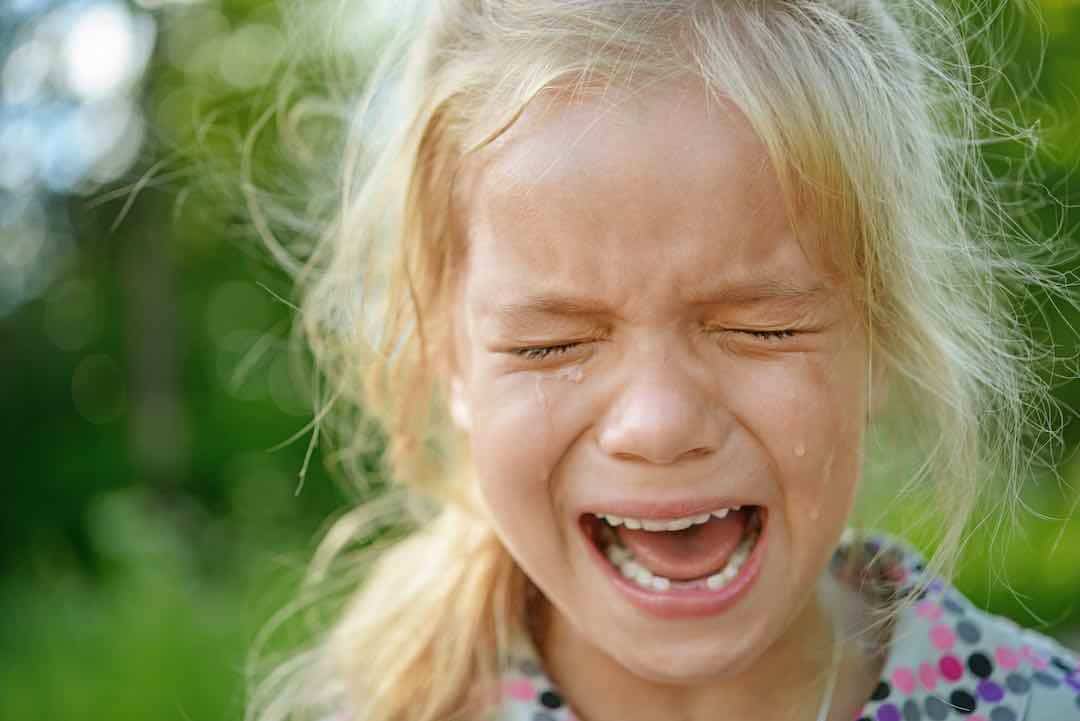 The natural reaction is to get angry or embarrassed about how the child’s behavior reflects on us as caregivers. Adults at this point are likely to:

How effective are any of these approaches? It ranges from not at all to a temporary fix because it doesn’t address the underlying issues – the child doesn’t know how to deal with the situation or how to express him/herself calmly.

Now, take that toddler and put them into a teenaged-size brain and body. Not much has changed. If we aren’t listening to the child and trying to help them understand and process their emotions, how can we expect a teenager to be much better at it? And, isn’t that part of the concerns we have – disenfranchised teenagers who don’t know what to do with the pain and act out, sometimes in horrific ways?

What’s the solution? We need to listen and try to understand what children are experiencing. Easier said than done, right? Maybe so but it’s not only possible, it works.

What’s the first thing we do when adults feel overwhelmed or upset? Try to talk calmly to them, sympathize with them, get them to talk it out, right? Why should dealing with a child be any different? A brief review of headlines or social media will prove that adults are not always great at self-control or expressing their feelings so how can we seriously expect a child to innately have that skill?

And, if a child doesn’t feel that anyone is listening and actually hearing them, how does puberty change that? (Hint – it doesn’t. In fact, it generally gets worse).

One of the best plans to have an engaged and connected teenager is to lay the groundwork for communication and trust early in a child’s life and continue to nurture it. How?

Dealing with a frustrated child or an angry adolescent takes skill and requires significant patience and self-control on the part of the adult. It ain’t easy. But it should be taught and handed down through families and communities.

Keeping kids connected to you increases the likelihood that they’ll turn to or listen to you when it’s really needed. All the sports matches or dance recitals in the world can’t substitute for the basic connection between a child and an adult who actually talks to and hears the child.

Serenity (or at least not panic!) 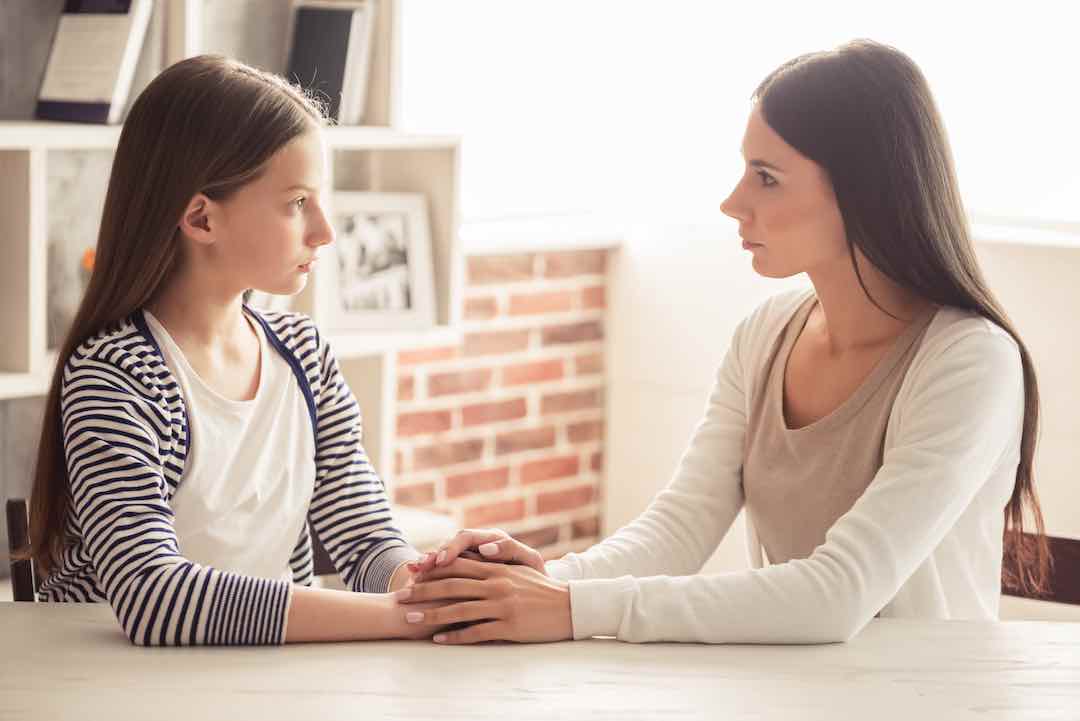 The most important thing to do is to calm yourself first. If it isn’t an urgent situation, take a deep breath and think before you react (this might be the hardest part but it’s like the oxygen mask on an airplane ride – you can’t help anyone else if you can’t help yourself). Whenever possible, forget about what’s going on around you, slow everything down and stop whatever is happening until you have control.

Communication is not one-sided

The second most important thing to do is to actually talk to the child and ask them to talk to you. Get them to tell you what’s wrong and why they’re upset. It’s okay to sympathize with them even if they’re in the wrong. It doesn’t mean you endorse the behavior; it’s helping the child to understand that some things may be unfair and it’s okay to not like it.

If another child or person is involved, help the child to understand the other person’s feelings. Help them to work out an alternative ending – a compromise or different options. Ask for their input; their solution. You’re a river guide at this point – you know there are rapids and logs buried under the water. Your job is to steer the child around those obstacles even if they’re trying to jump into the danger zone. If you don’t or can’t navigate successfully, you already know the boat gets a lot harder to handle and you may not experience calm water again any time soon.

And, the most effective but sometimes most difficult to do – love them right at that moment. Ask them if they need a hug (you may be surprised – that’s what most of us want when we’re out of sorts). I was talking about challenges I was facing with my kids to a very wise cab driver one night. He told me, “that’s when you need to love them the most”.

So right, sir. So right.