Connecting with Love: Food and Grandkids 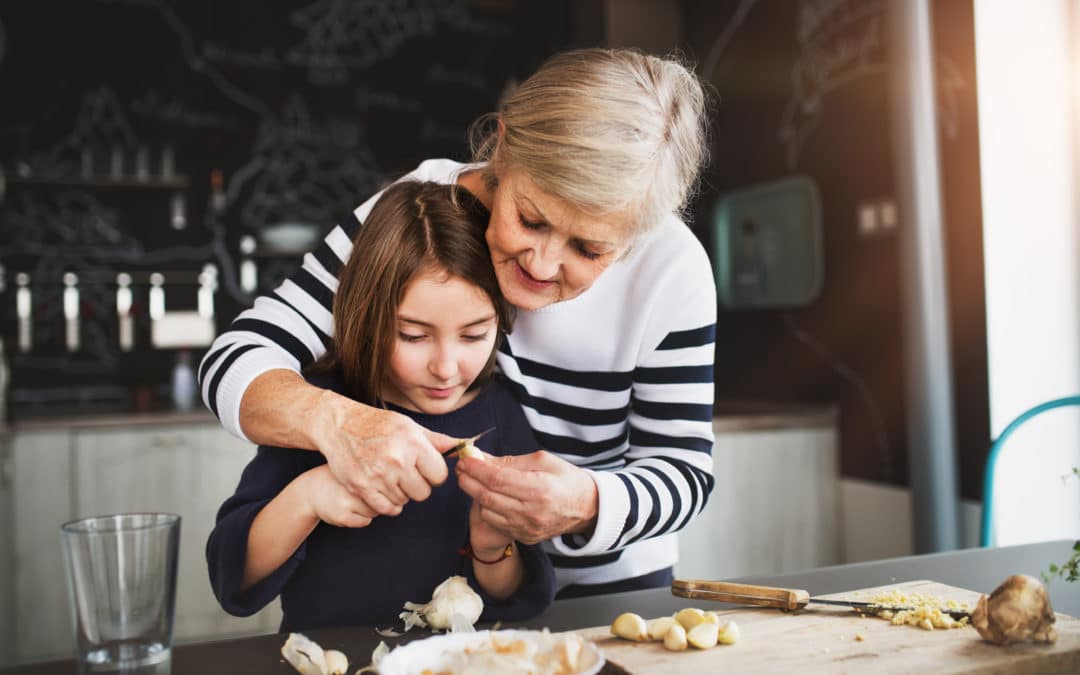 I can still recall the wonderful aroma of fresh baked Greek cookies common to the visits to my grandmother’s home. My grandmother didn’t speak English well, but over a table with cookies and smiles her love came through. Cheesecake, my husband sighs, after a fond memory fills his senses with the delight his grandmother would bring to their house on Sunday.  What is it with our grandmothers and food? We may not know much about their lives, their beliefs or even their dreams, but somehow over food we connected.

I am sure many grandparents want to share that same loving memory with their grandchildren today. But food choice seems now to be a challenge for so many. Can it be that the days of connecting with grandkids over a sweet delight have ended? 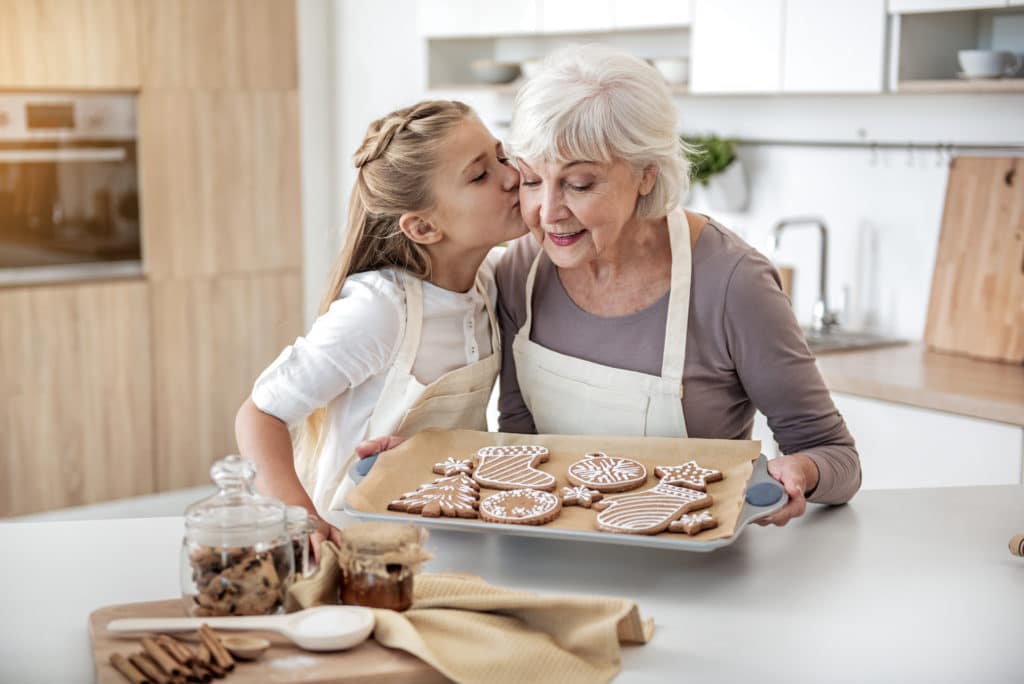 It is just a fact: what to feed the grandkids is no longer the simple process it once was. It is a different world now, with all the new awareness of food issues.  Food allergies, diabetes, lactose intolerance, wheat intolerance, Celiac Disease, red, yellow and blue dyes, all complicate our decision-making process. And then there is that age-long debate over sugar. Does it make kids hyper or is that just my imagination! While the list of can’t haves seems daunting and endless, the bad reactions can be very real.

It is hard for some grandparents to grasp the idea we can’t extend our long-cherished delights to our own grandchildren. And while we may slip into denial that one small bite may not hurt them, the fact is for some children it could mean hours of discomfort or a trip to the hospital. For grandparents who ignore food requests by parents, the loss of trust could mean the grandparents’ visits may be limited or supervised.

Stuck in the middle of these food preferences between parents and grandparents are the kids who ultimately become confused and can become victims if this escalates to a dispute.

She Doesn’t Get It

On a beautiful summer evening last year, we were dining in my mother’s favorite Italian restaurant. Surrounded by my adult children, my mother offered some of her pasta to them, adding quietly I won’t tell your mother. Both declined the offer. They as celiac-afflicted adults know fully the consequences of eating gluten-based products. Discomfort, pain and/or a hospital visit could be what they would suffer through. There would have been a time I would have flared with anger. Now that my children are older, I have the luxury of being able to side with my daughter, who sighs and says “that’s Grandma”. We know how hard it is for her not to be able to bond through food. Even after twenty years she still doesn’t comprehend that gluten issues are real health concerns.

My children are adults and can certainly protect themselves from an offer of food. But what happens when children do not have that awareness, and the grandparents haven’t understood or doesn’t respect the issue?

Food Dyes – A Sneaky One

Do dyes in food have an adverse effect on children, and perhaps adults? For close to twenty years now most European countries have banned most food dyes, relating them to problems associated with ADD (Attention Deficit Disorder) and behavioral issues. Yet many of the same foods offered dye-free in Europe are sold in the U.S. with dyes. Even the most loving of grandkids may turn into a harrowing brat after ingesting these adulterated foods. 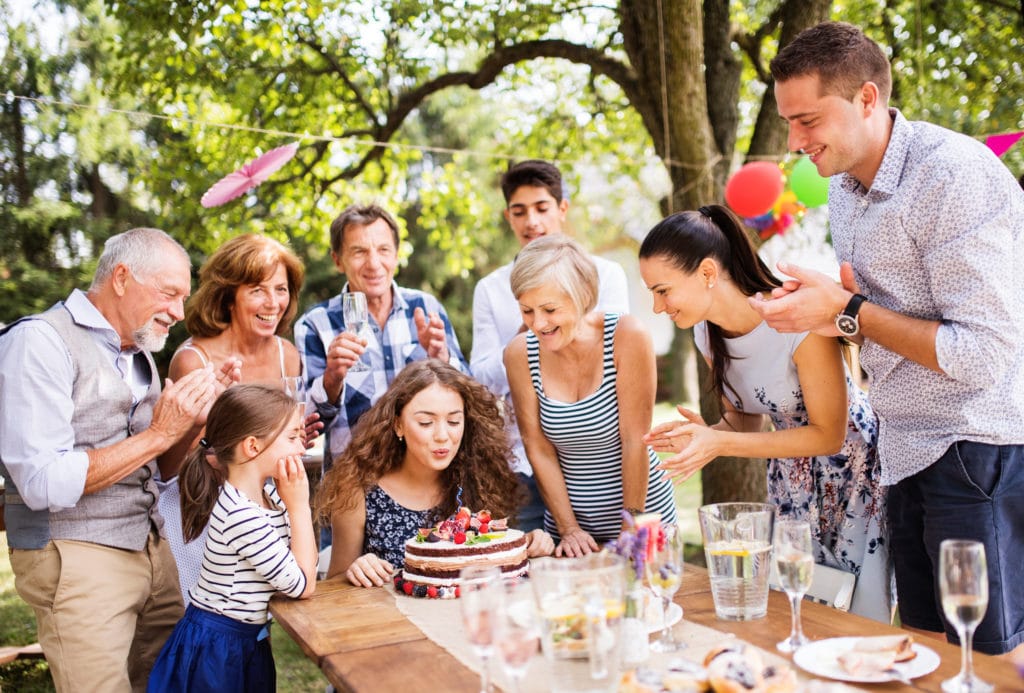 What might be the result of consuming foods with dyes? According to the site Allergic Child, there can be a host of reactions which may show up within hours.

Food labels should identify the ingredients in the product and it should be obvious if dyes are present. Doing your research in advance as to products which would be dye-free might be the best course of action, rather than trying to figure it out once the grandchild is with you and eyeing the treat.

If you are looking for a quality visit without excessive drama, consider reading labels on the following items:

The win by avoiding the dyes? Not only does the child stay calm, but the grandparents don’t suffer through a difficult visit.

What Happened to Wheat?

Gluten is a substance present in cereal grains, especially wheat, that is responsible for the elastic texture of dough. Gluten helps foods maintain their shape, acting as a glue that holds food together. A mixture of two proteins, it causes illness in people with Celiac Disease and discomfort in people with gluten-intolerance or a gluten allergy.

When a person afflicted with intolerance or allergy ingests gluten-containing products, they might have symptoms of discomfort such as bloating through their digestion system, bowel discomfort, or feeling extremely tired, but not necessarily suffer long term harm to the overall system.

However, in a person with Celiac Disease you have actual damage being done to the intestinal track, which may at some point become irreversible. A host of symptoms can be associated with Celiac, including bloating, acid reflex, upset stomach, brain fog (feeling like you can’t concentrate) or intense pain in the digestive system. In extreme cases, after years of exposure a person can actually die of malnutrition as the system progressively loses the ability to absorb much needed nutrients. Fortunately, there is usually medical intervention before it reaches that point. Others could fall victim to stomach or esophageal cancers as secondary complications of malnutrition due to undiagnosed Celiac Disease.

Additionally, any of these issues can produce excessive inflammation in the system. Which at first may not sound like a serious problem, but cardiologists will tell you many times it is inflammation, not necessarily cholesterol levels, which can cause arterial blockage.

The question often arises “Why the extreme increase in people who choose to go gluten-free or claim a wheat allergy?”

There may actually be several answers here. Years ago, when awareness of gluten intolerance started to spread among the general population, it somehow became the newest health fad in diet. “Gluten-free” became a buzzword associated with a higher quality of food and diet.  Yet the facts don’t necessarily support the higher quality claim. For one thing gluten-free replacement foods such as bread have much higher sugar content than their counterparts, and so higher calorie counts. A person on a gluten-free diet using many substitute foods needs to be on the lookout for excessive sugars, as diabetes can be a common problem. In addition, many gluten-free substitute products are more highly processed than their counterparts, and nutritional value suffers. 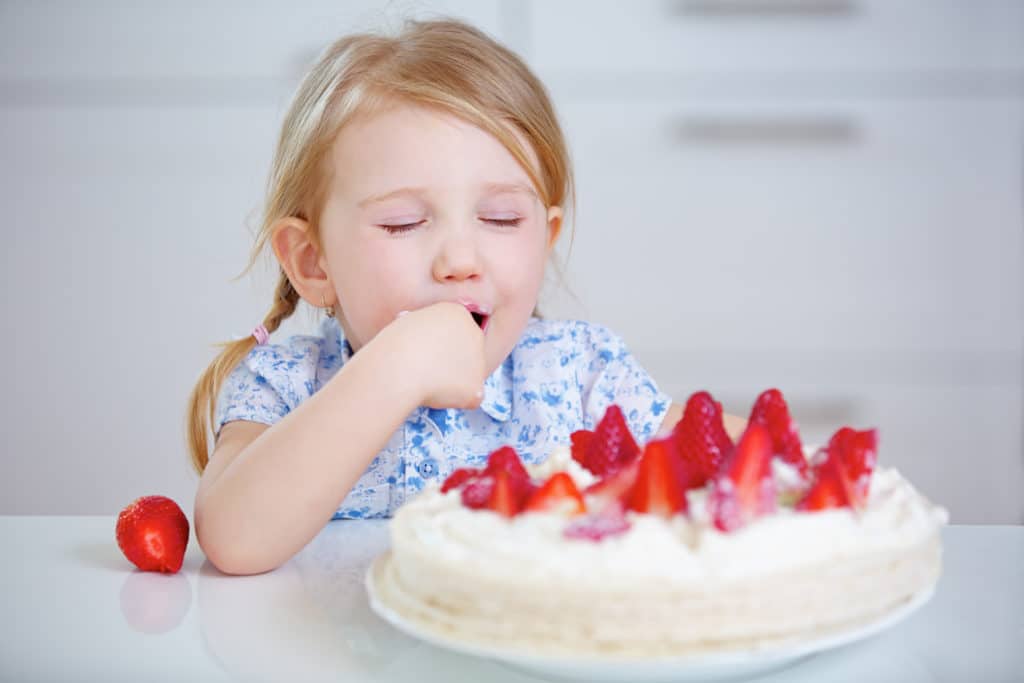 Another reason for the increase in afflicted individuals may have to do with changes in the grain supply that food producers rely upon. There used to be hundreds of diversities of wheat in the world. Commercial farming has led to those being shrunk to very few strains now used in our diets. So we no longer have the benefit of a variety in the wheat strains, and the few strains that are left have been processed and altered to the point of being quite different from wheat that people ate 50 years ago. Possibly to our detriment.

Secondly, gluten is now extracted from grain, processed, and added to many, many products, especially here in the United States. Seemingly innocent foods such as canned soups, gravies, vegetables, prepackaged items like rice blends and packaged potatoes all can be found with this questionable new-generation gluten in them. It is used as a filler, to add bulk to foods. When you consider that bread products have for years been a mainstay in the American diet, and now gluten manages to sneak its way in through so many other products, perhaps an increase in reactions is not surprising when you consider the huge intake of the product.

Keep in mind the United States isn’t the only country with health issues in this area. It is said that over 30% of the children in Italy have a gluten issue, making it unhealthy for them to eat the very food we associate with that country – pasta! (As a side note: gluten-free pasta made from rice or lentils is delicious, most people will not even notice the difference.)

What Options Do We Offer the Grandchildren?

The initial thought of diet restrictions can feel unrequired and overwhelming. Here are a few ideas which can help grandparents with the care and feeding of grandchildren.

The grandparents of today might have to find new ways to create loving memories with a grandchild outside the old fallback of food. Perhaps a favorite book, movie or a challenging Lego building game may become the new path to endearment. We are the generation that prides itself on its creativity. Who knows, perhaps this new wave of grandparents may come up with some wonderful ideas which will catch wind and become a new standard for building memories of the treat of being at grandma’s house.