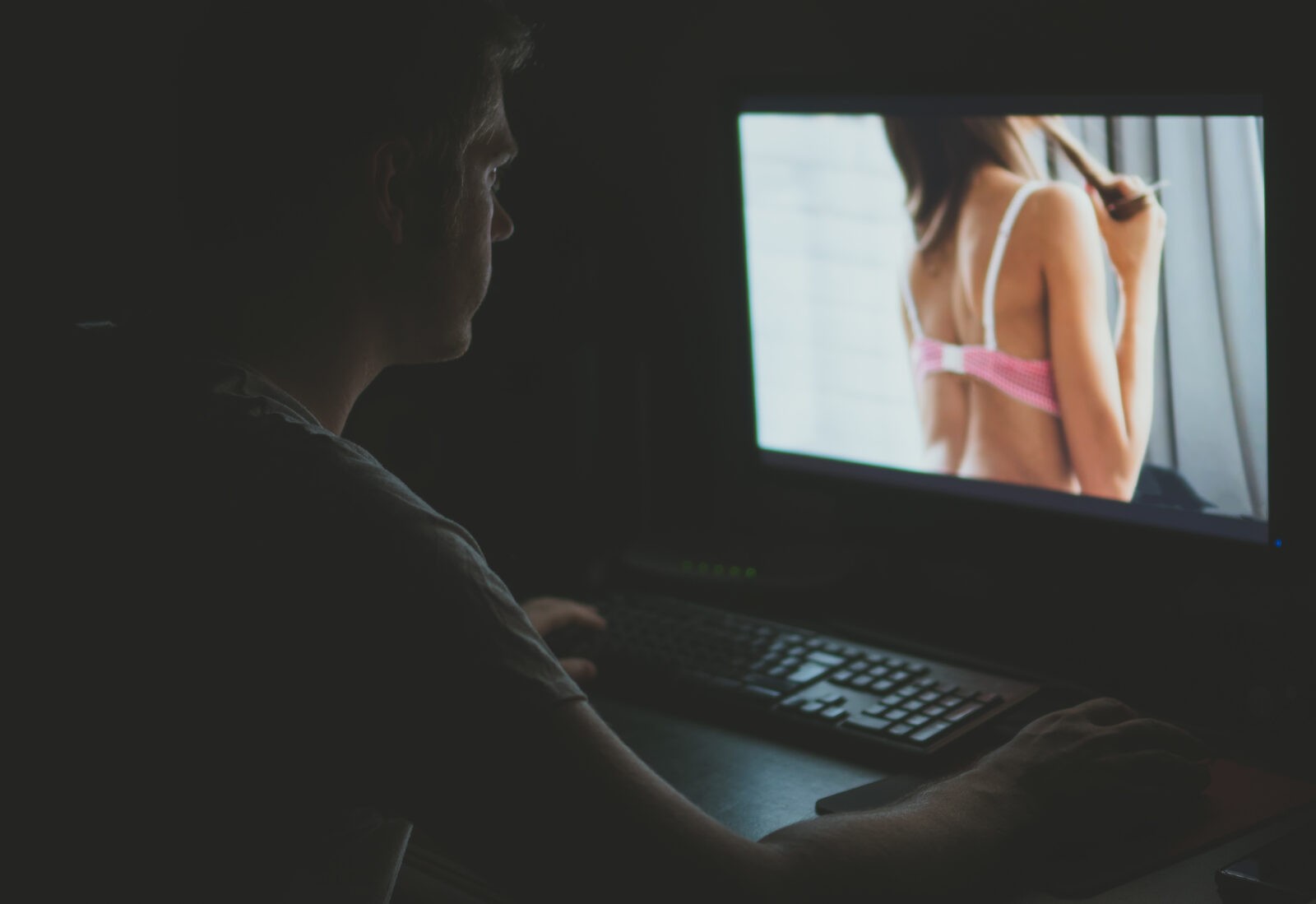 To be crystal clear, this article is NOT a “pro” or “con” pornography article. That’s a whole separate issue much bigger than can be addressed in a simple article. Some people find even the idea of this topic as offensive. If that’s you, that’s ok. Scroll on by. But for lots of other folks our age, pornography has intruded into our lives in ways we never thought possible. If that’s you, read on because this article is for you.

The Way We Were

First, let’s be real. Pornography or some form of explicit imagery has been around since humans first started writing on cave walls. Early on, we humans discovered that sex is not just for procreation. We found out pretty quick that it’s fun and in lots of different ways too! So, to be sure, there is endless fascination with and preferences for what we find stimulating. Every generation has had its own brand of pornography and what was deemed enticing at that time. Over the years, the imagery and access to it has changed dramatically. With that change has come challenges that are creating a set of consequences that most of us of a certain age probably never even imagined. 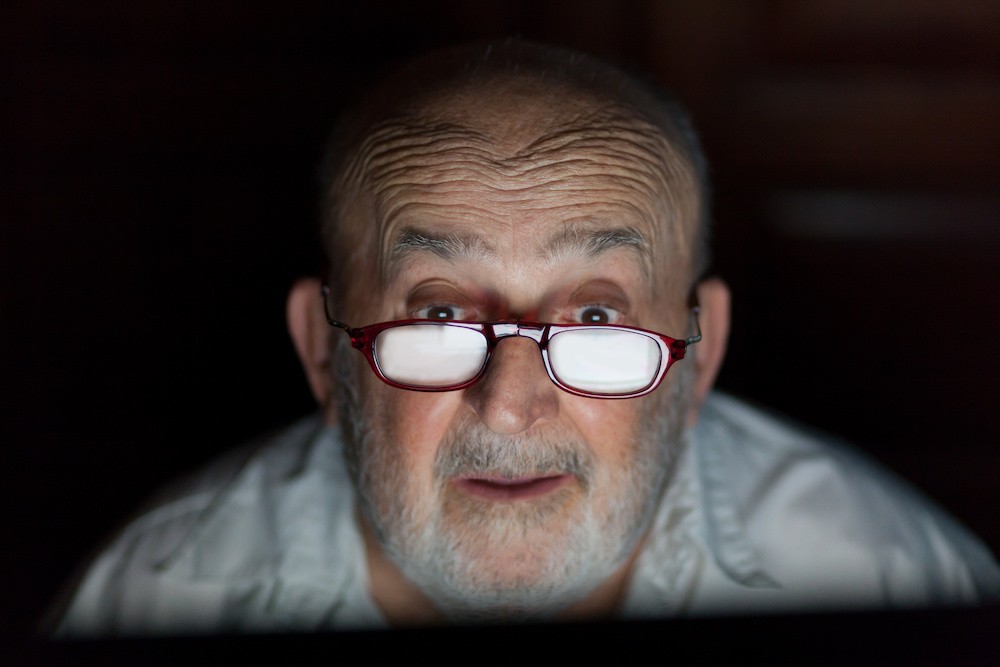 Growing up, most of us probably associated pornography with the “nudie magazines” discovered in dad’s bedside drawer or under an older brother’s bed. Or maybe you heard tell of “stag films” and hoped that you might get a peek someday. Let’s face it, kids are curious and yes, these are the terms that were used in polite company back in the day.

Then, there were the mainstream magazines of the 60’s, 70’s and beyond like Playboy, Penthouse and Hustler which could be found in any magazine shop. People no longer had to sneak into an adult book store. Then along came video and mail order and then…the internet.

To the younger generation, finding their information and entertainment on the internet is a normal, everyday thing. They grew up in the age of technology and would find paper magazines and (gasp!) film or VHS tape boring and tedious. Many of us who came of age pre-Internet are still fascinated by and learning to navigate through the interwebs.

The internet has given the world 24/7 access to virtually anything and everything. Want to know something? Google it. Curious about sex? A quick spin around the internet will give you more information and sources for viewing than you ever imagined possible. For some, it might just be passing curiosity. For others, it’s the beginning of an obsessive fascination and a trip down the rabbit hole.

Meet Henry and Deelie. They’ve been married 34 years and have had what many would consider a rock solid marriage. They’ve had their trials but they have remained close and raised 3 great kids. They’ve been faithful to each other and have had a healthy sex life. Recently, Deelie has noticed changes in the way they connect. Henry seems more “adventurous” but is also more insistent in what he wants from their intimate encounters. He’s made comments about Deelie’s appearance, receptiveness and becomes distant if she declines. He spends more time alone and sulks for days if she refuses his requests for sex. She worries that he no longer finds her attractive and is unhappy in the marriage.

You might be thinking that well, after 34 years, they may be going through a transitional time or a rough patch. Maybe. But what Deelie doesn’t know is this:

Henry has been spending more and more of his free time viewing internet porn. It started out as a simple accidental click of a link that took him to a place he’d never been before. And he went back. Again and again. He’s become fascinated with certain practices and appearances. He sees his habit as a distraction and a way to relax. He can always count on his internet time to give him what he wants and needs. What he doesn’t see is that his occasional indulgence has become habitual. It is changing the way he expects and experiences sex. It is changing who he is and the way he engages with the woman he loves most. But he cannot see that effect because he is immersed in a false reality that he can’t get enough of.

Left unchecked it can be a recipe for disaster.

You’re not alone. There are lots of people struggling with this issue and how to deal with the repercussions.

You both know it’s between you but no one wants to start or to say it out loud. You have to get real and have a heart-to-heart, down and dirty talk about this thing that has come between you. If you don’t acknowledge it, you have zero chance of repairing the damage.

Communication is more than just talking or naming this problem. Communication means sharing your feelings openly and honestly. Communicating also means listening – listening to understand and not just to respond.

The quickest way to kill communication is to judge. You want your partner to be honest and share their feelings, right? Berating and criticizing them is the fastest way to make them shut down. Instead, allow them to share. Hear them. You don’t have to agree and may feel very, very different. That’s ok.

When trust has been broken, you have to own your part of a problem. You have to offer a true and honest accounting of your shortfalls, indiscretions or weaknesses. You also have to be gentle and handle your partner with care. Owning our stuff is hard! Now is not the time for recriminations and criticism.

This one is always a brow-raiser. Forgiving your partner and yourself for things done takes strength and grace but it is the first step to healing. Be clear, forgiveness is not a “free pass” nor does it excuse inappropriate behavior. Rather, forgiveness is giving yourself permission to not be held hostage by hurt and anger and fear for one more moment.

So how did Henry and Deelie end up? Deelie learned the truth of what was happening quite by accident. Henry was ashamed and confused at how quickly and intensely his “dalliance” grew and what it was doing to his marriage. Neither of them saw it coming. They decided that after 34 years and a good foundation of love and caring, their marriage was worth fighting for. They opted for couples counseling with someone who also understood internet addictions.  The struggle to rebuild their trust and their intimacy was epic. They made it through but it will be a work in progress for some time.