Feelings Vs. Emotions: Why Should I Give A Damn?

Emotions vs. feelings. Feelings vs. emotions. Most of us think of feelings and emotions and moods as the same thing and use the words interchangeably. You’re probably thinking no big deal and why should I give a damn, right? Well, it can be a very big deal, especially when we struggle with how we think and feel about things. Why? Because our thoughts and feelings influence our behavior and if you’re trying to change a behavior, thoughts, feelings and emotions matter.

What’s the Difference and Why Does It Matter?

Feelings and emotions are both important parts of how we react and respond to something. So in a lot of ways, they are similar. The big difference lies in how they happen and how they affect our behavior.

Emotions come from a very deep and primal part of our brain that includes the limbic system. The limbic system is where our instinctual and survival responses originate from. These responses have been encoded into our genes for generations. They are not logical or rational. They are split-second brain decisions whose one and only job is to elicit a specific response to a stimulus and set off a cascade of physical reactions. 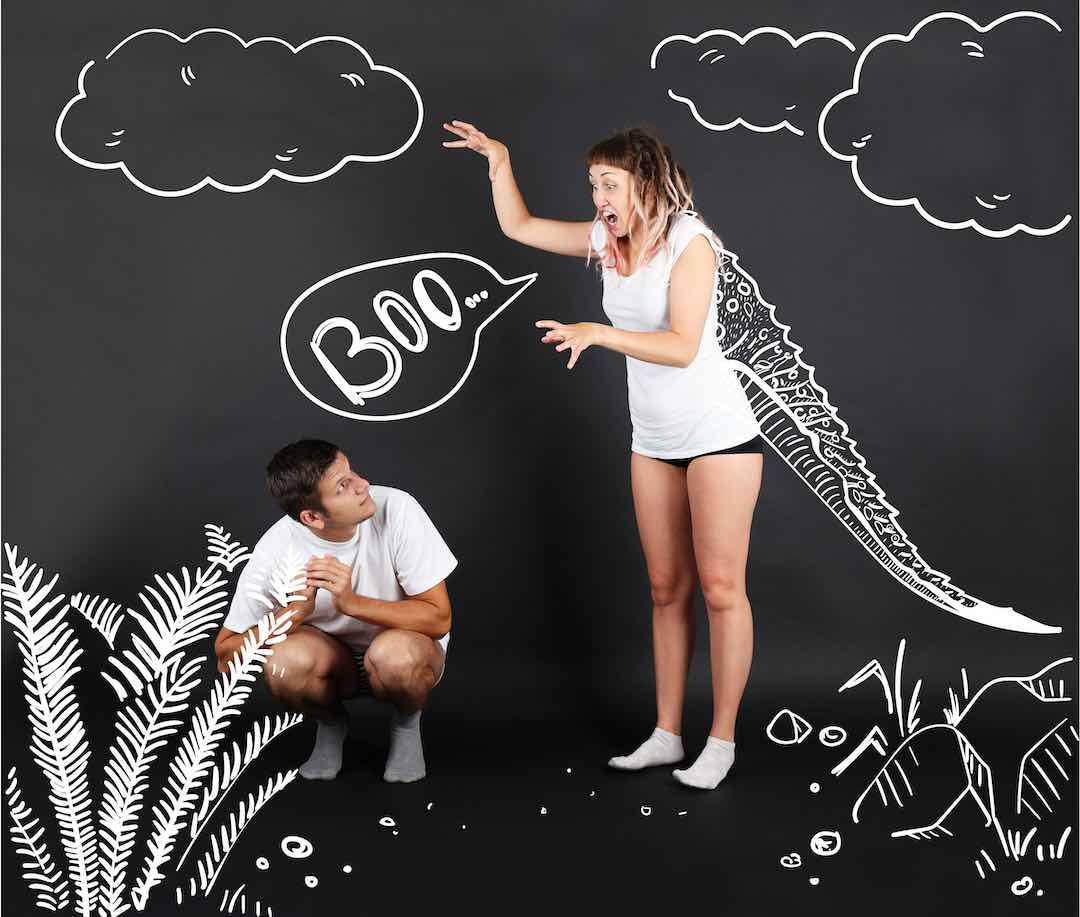 Here’s an example: you’re a caveman and you’re out hunting and gathering. All of a sudden, you hear the roar of a T-Rex and feel his shadow fall over you. Yikes! That hard-wired emotion says “DANGER! SCARED!” and you RUN! There’s no thinking about it, weighing it…you’re getting the heck outta there. Primal response. Emotion.

Feelings, on the other hand, come from a more evolved place in the brain known as the neocortex. They are mental associations and reactions to emotions. Feelings are more individual and are influenced by a person’s beliefs, experiences and memories. Your brain interprets and processes the emotion through the filter of your experiences and beliefs.

For example: you see and hear the T-Rex and you’re startled. You may even feel a bit of fear. But, you had a baby T-Rex as a kid that you adored. You learned that if you sing to the T-Rex, he will not bite you. You feel nostalgic and start to sing instead of running away. Feeling.

Now, why is this important?

Meet Frank, a 61-year old professional living in a beach community. He’s divorced twice and has 2 grown children that he sees occasionally. Both divorces were contentious and there is some lingering bitterness between the parties even after all these years. Frank has leisure interests but often engages in them alone. He has friends who speak very highly of him. He dates occasionally but says he cannot find “the one”. He’s had a few relationships since his last divorce but they’ve all run the same course. The relationships start off ok but quickly go downhill as they progress. He says he starts to feel “trapped” and that the thought of the relationship moving ahead makes him “nervous”. He starts to pull away, avoids calls and the relationship inevitably ends. He’s started to think he just might not be meant to have a lasting relationship.

So what’s going on here? Nice guy, by all accounts. Stable. Wants to be in a relationship but just can’t get there.

What’s happening with Frank is that his emotions are driving his actions. And he may not even realize it.

Emotions are some of the most powerful and primal things we experience. They are the foundation of our feelings and our actions. Left unchecked, they can often create extreme reactions – feeling on top of the world one minute and looking for monsters under the bed the next. An emotional rollercoaster, right?

Remember, emotions are physical, primal responses to something. They are temporary and irrational. Feelings, on the other hand, are mental and more enduring. They stem from the rational part of our brains.

Learning to be aware of your emotions and the feelings they elicit can help you be more in control of how you react. Being able to identify how you feel engages that rational part of your brain and has been shown to lessen the intensity of an experience, leaving you more in control and able to choose your actions with intent. Emotional awareness helps you to recognize how you’re feeling, see a situation realistically and respond accordingly.

Here’s another way of looking at it:

We often say, this person “makes me feel___.” The fact is, your emotions and how you interpret a situation is what influences thoughts and feelings and ultimately behavior.

In Frank’s case, his past relationship issues evoke a strong sense of fear, triggering his fight or flight instinct. Frank chooses to retreat leaving the relationship nowhere to go. Does he recognize this pattern? Probably not. He often places the blame on the other person just not being “the one.” “She made me feel___.” 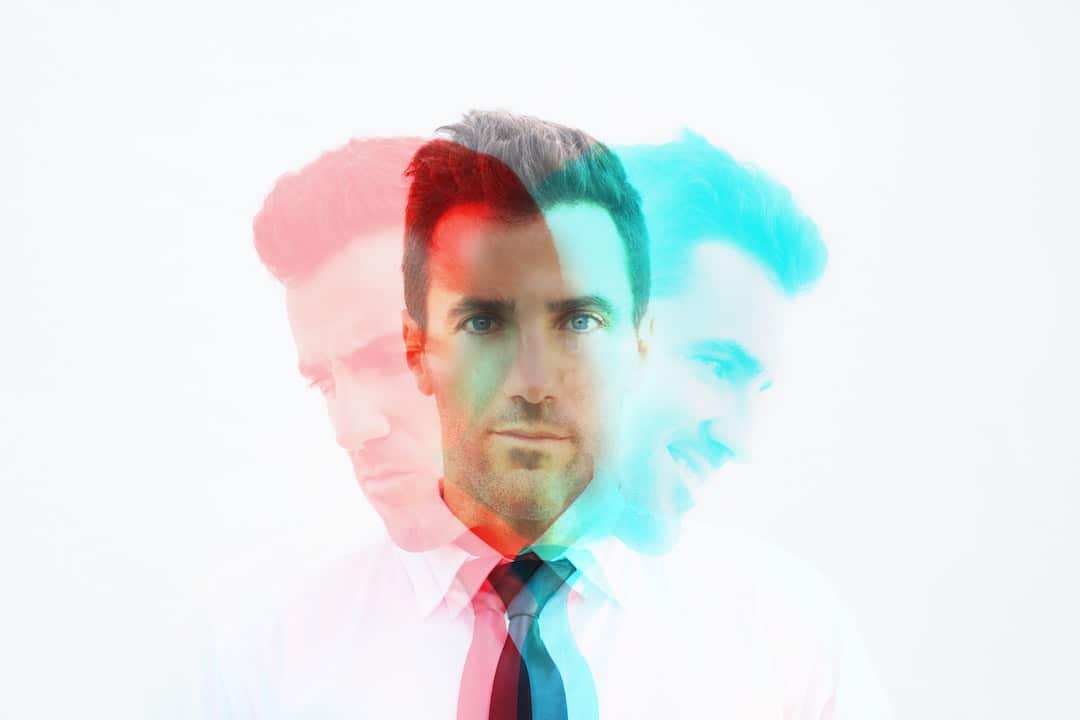 You’re probably thinking, “Hey Frank, you need to own your stuff. The past isn’t now.” Good point and you’d be completely right. But it’s hard when you’re in the middle of the tug-of-war of emotions.

But first, you have to own your emotions. What does that mean? It means you take the time to recognize how you respond to things and that these responses are based on your inner interpretations, not on someone else. As you become more aware of your emotions and how they influence you, you can start to make different choices with intention. You can choose to be anxious or calm, angry or indifferent, happy or sad. It’s all in how you choose to interpret something. Over time, these new responses become part of how you operate in the world.

The takeaway here is this: Own your emotions or they will own you. If you are struggling with your feelings, take some time to really look at where those feelings come from. What triggers them. When you start to be more mindful, you become more aware of what that inner dialogue is saying and you become better able to change that conversation.

So, what happened to Frank? Frank decided he needed to face his T-Rex. He decided to see someone about his relationship issues and understand why he was still alone. Turns out, Frank discovered he was letting his fears of another devastating divorce influence how he approached new relationships. He desperately wanted a healthy relationship but had no idea how to get there. He realized he needed to understand his feelings and learn to look at the present relationship through a new lens. After learning some new ways of thinking and doing, Frank found happiness and at last report, was enjoying life as a newlywed.

If you find your emotions getting in the way, try to focus on expressing them in positive, constructive ways. Try to spend less time labeling them and more time on choosing your actions intentionally. When you focus on your present and choose intentionally, you’re on your way to grooving those new ways of handling your own T-Rex.