Weird Foods of the World To Try Before You Die 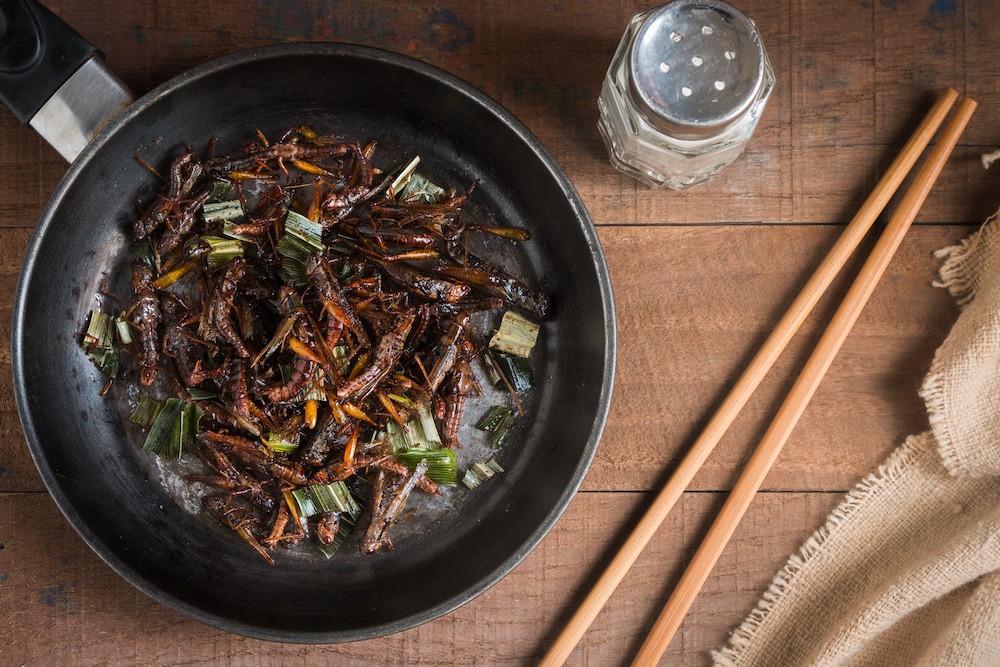 People the world over enjoy special food during national holidays, important events, and regular meals. While most of those weird foods are tolerable, some will raise the hair on the back of your neck. Literally. The Japanese, for example, cherish unusual food like seaweed wraps, wasabi, and Fugu fish. Koreans enjoy Kimchi while the Chinese adore Century eggs. Most Americans, however, have less adventurous pallets that hit the wall at organic tacos and sushi.

The reason you’re reading this article in the first place is that you enjoy travel, adventure, and discovery. Well, learning about interesting fare from around the world can be just as fascinating as exploring a beautiful mountain pass in Nepal. Enjoying a savory bowl of Thukpa at a local Nepalese restaurant is certainly cheaper than traveling to Kathmandu. Seniors like you will appreciate listening to a friendly waiter explain the history and ingredients of this unusual food.

This virtual culinary safari exposes you to some unfamiliar yet flavorsome food. Since we want you to enjoy those interesting tidbits, we won’t recommend some extreme food that could make you gag, dry heave, sweat bullets, or actually die. After due consideration and careful study, we’ve learned that dead people inexplicably stopped reading our articles.

That’s why we recommend avoiding these foods…

Hákarl is Icelandic fermented shark fin with such a strong ammonia smell and taste, it activates your involuntary gag response from 20 feet away. Swedes like Surströmming, a fermented Baltic herring dish dubbed the “smelliest fish in the world” so don’t spill it on your tie while dry heaving at the table. Even many Filipinos pass on Balut, semi-developed duck eggs that feature the embryo staring at you, feathers intact. It’s enough to evoke epicurean nightmares for years.

Of course, many Japanese consider raw Fugu (Pufferfish) a delicacy. But Fugu is the world’s most dangerous seafood because some of its organs are so toxic, chefs need a special certificate to serve it. You’ve got to be really, really hungry to order this strange food because there are no second chances if the chef makes a mistake and a refund would be superfluous. There were about 16 Fugu-related deaths in Japan since 2014, give or take.

So, let’s embark on our gastronomical excursion. We’ve presented a rich tableau of excellent, tasty, and edible unfamiliar foods that span the international landscape you should try before you die. Have fun and don’t forget the Alka Seltzer. 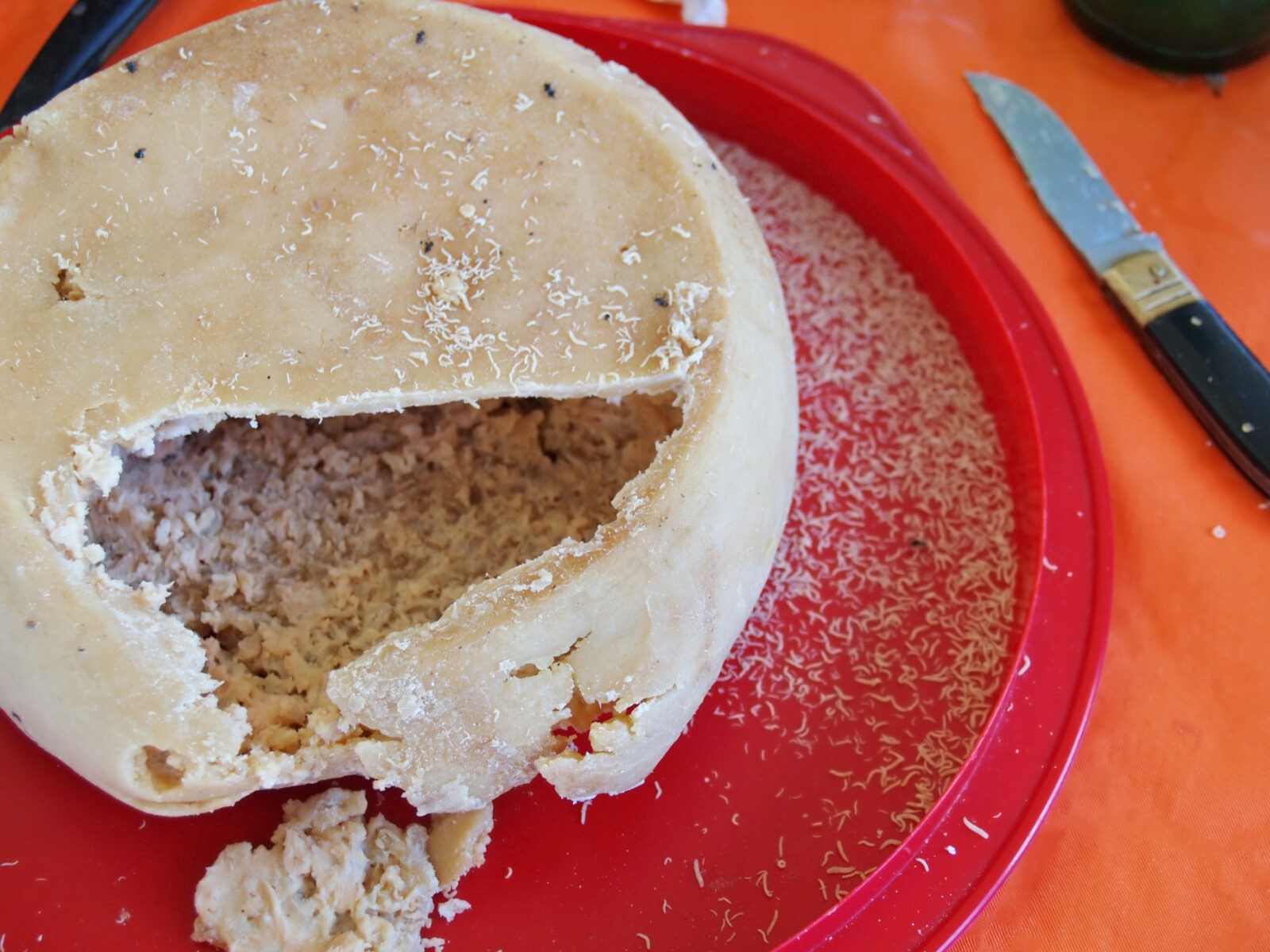 While some locals think it’s disgusting, this Sardinian cheese is considered a delicacy because “marzu” means putrid since it’s infested with live insect larva, aka maggots. That might seem a bit horrid at first glance, but this wonderful sheep milk cheese is rather mild and soft (like Brie) with a delicate taste and texture. To ensure the cheese remains totally safe, Italians consume Casu Marzu that contains only live larva.  Not to worry, it’s rather good and perfectly edible when spread on bread supplemented by a few glasses of local red vino. Just close your eyes.

Like aged single malt scotch, Haggis is an acquired taste. Scotts are a hearty people and Haggis is a hearty pudding made with sheep hearts, liver, and lungs mixed with oatmeal, onions, and various spices. The whole concoction is encased in the sheep’s stomach and boiled. Haggis is usually eaten with “tatties and neeps” which are Scottish potatoes and turnips.

On a rainy day, there are few things more enjoyable than having some Haggis while seated at an olde, oak table next to a gentle fireplace while sipping a wee dram of scotch, laddy. You can almost hear Robert Burns recite lines of poetry while the fire crackles in the background. 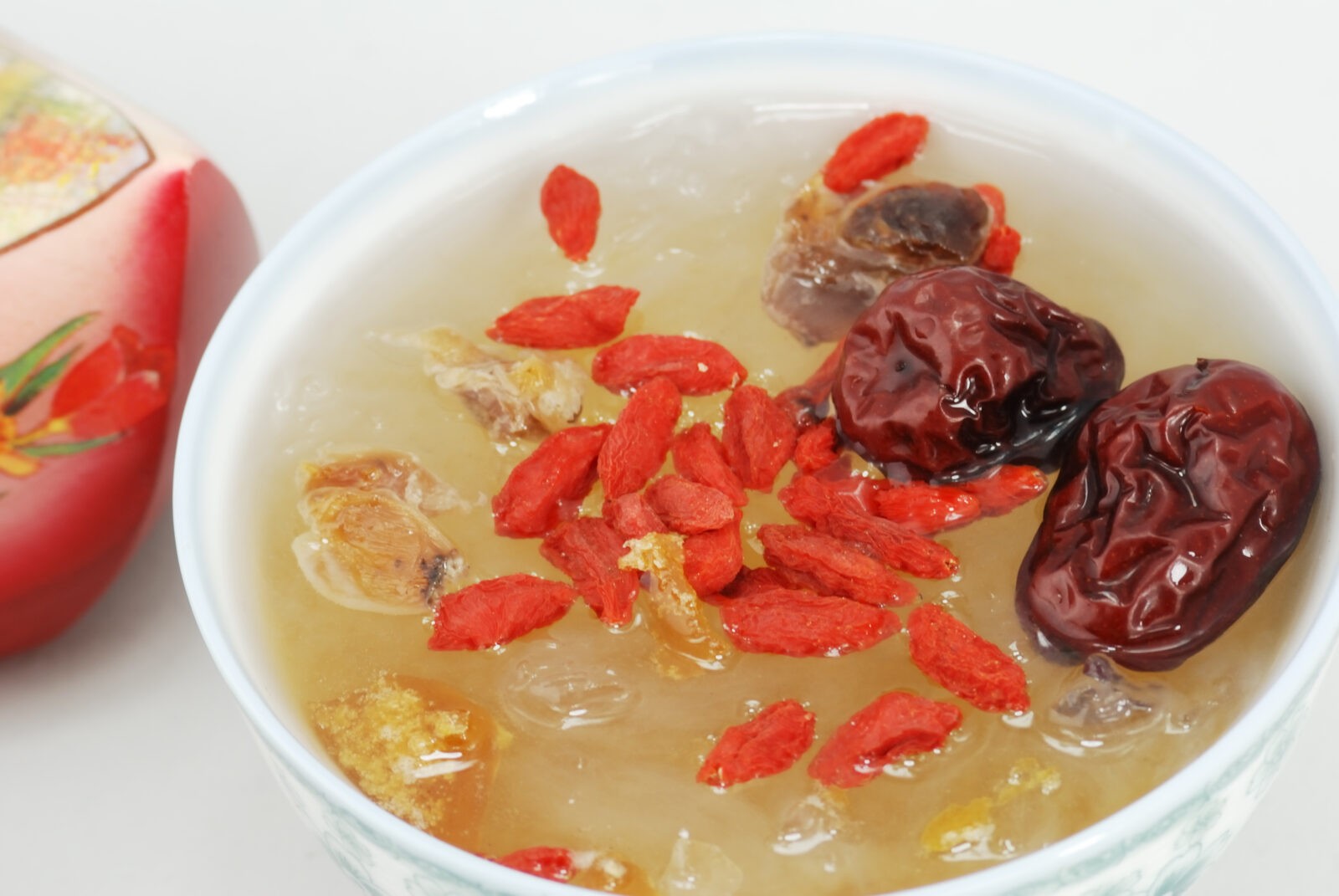 Chinese, Cambodians, and Vietnamese enjoy bird’s nest soup since it’s delicate yet pungent. This Asian haute cuisine is also costly because it’s difficult to harvest the nests constructed by thousands of Swallows and Swifts on severe cliff faces on remote islands in the South China Sea. The nest crofters must climb high bamboo ladders mounted on their small boats that bob and weave on ocean swells. Not for the faint-hearted.

This aromatic soup has been a staple of Chinese cuisine for 500 years and is considered an excellent health food. Again, you have to be really hungry to order this delicacy because the nests can retail for more than $3,500/lb. depending the quality and season. A bowl of this soup can set you back $250, not counting the rest of the meal.

This dish is eaten by the rough and ready type in western United States and Canada. These “oysters” are actually beef calf testicles that are peeled, seasoned, battered, and fried. Served as an appetizer, the dish is also called “Cowboy Oysters” or “Prairie Fries” depending on where you live. If the “oysters” were served in New York City, they’d be called hors d’oeuvres by Wall Street stockbrokers. Whatever you call it, I highly recommend trying this unusual food..if you have the balls.

Believe it or not, chilled and thinly sliced bull testicle tapas are very popular in Mexico, Spain, and Portugal. That’s especially true after a raging bull fatally impales one of their beloved matadors. Then all hell breaks loose. As Ricardo Montalban once intoned, “Revenge is a dish best served cold.” 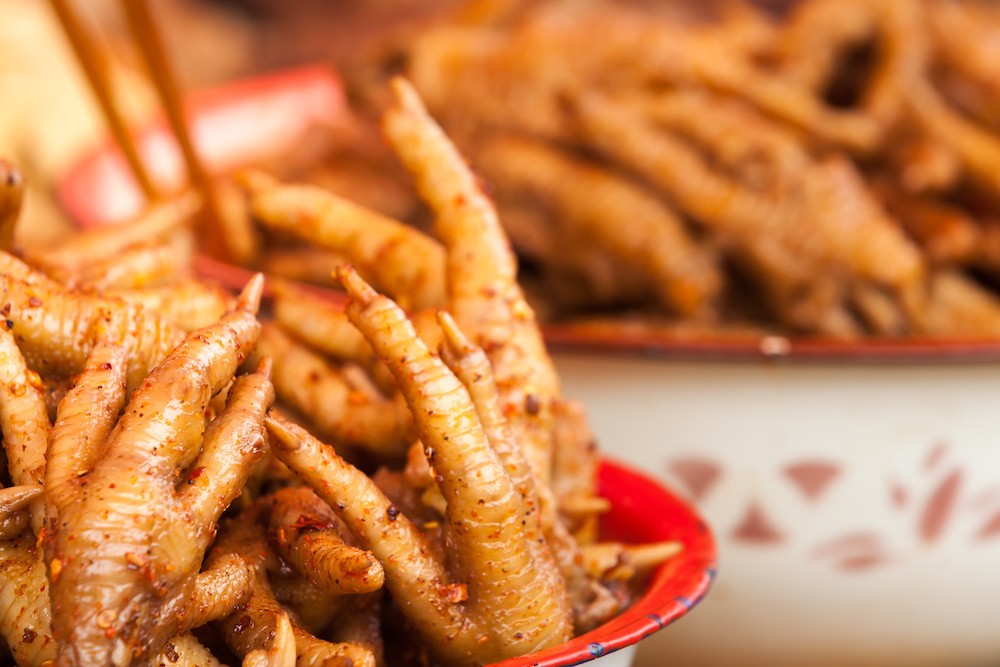 I love me some fried chicken feet, yes sir! This ancient dish is served as one of the varied dim sum choices at Chinese restaurants and are delightful despite the name and content. Unlike the misnamed Cowboy Oysters, fried chicken feet are actually chicken feet that are boiled to soften, deep fried in sesame oil, seasoned with various flavors like salt and garlic, and served ready to eat. Some chicken feet are braised while others are crispy, but you’ll enjoy either type. Eat your heart out, Colonel Sanders.

While its origin is Armenian, Khash is a hearty, meaty soup that warms the cockles of your heart during those extended winters in the high Caucasus around Afghanistan, Azerbaijan, and Georgia (not that Georgia). The dish includes sheep or cow heads, organs, stomachs, and even feet cooked to perfection overnight in large traditional iron pots. It’s served with local vegetables and sprinkled with garlic and lemon juice as desired. Many mountain people eat this nourishing meal for breakfast as it sustains them all day because corn flakes and skim milk just wouldn’t measure up in that environment. 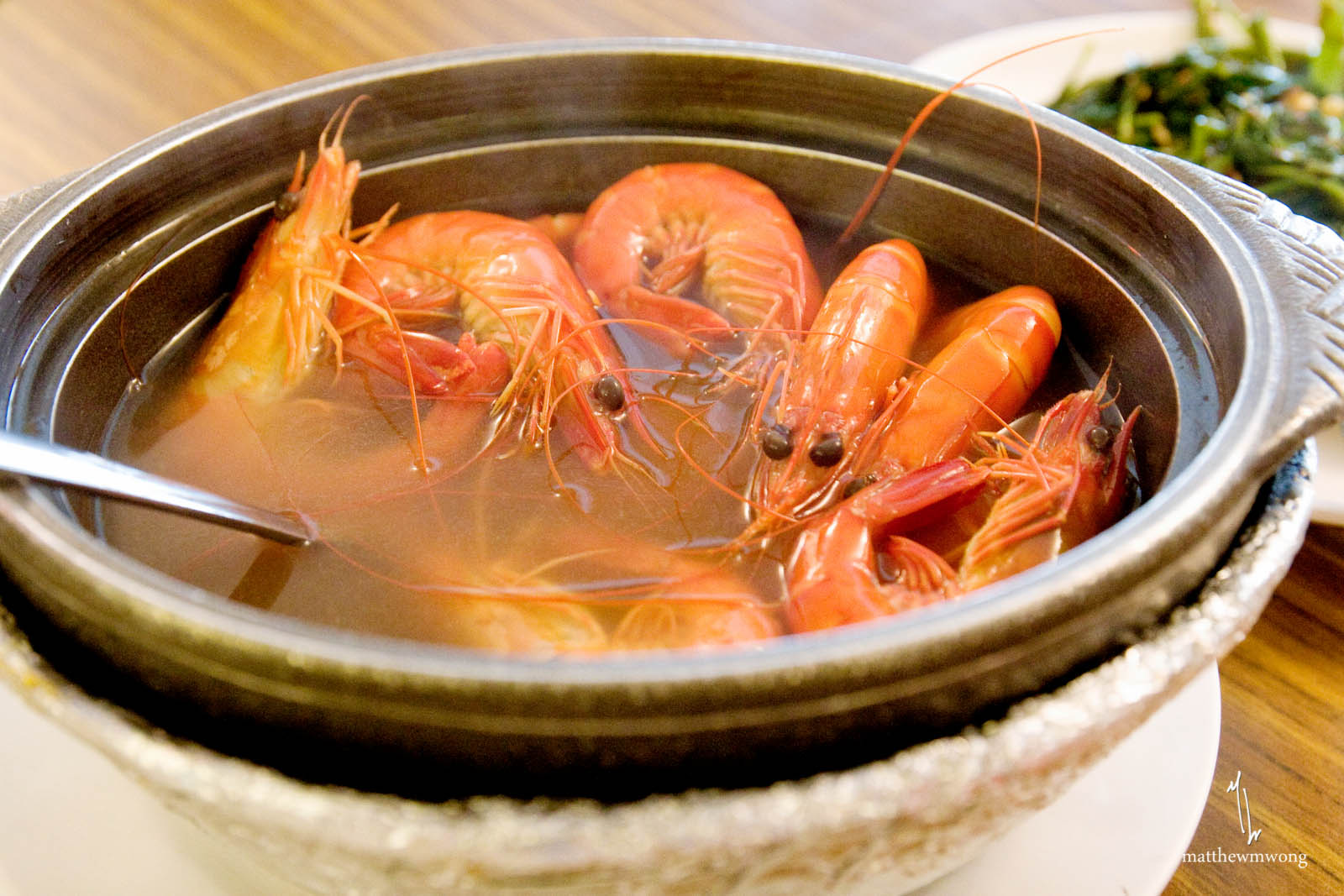 Few things are more fun than getting drunk in Singapore (or anyplace in southeast Asia) and ending the night by eating a bowl of drunken shrimp to help fight that looming hangover. Live shrimp are simply dropped into a bowl of expensive cognac or whiskey and eaten. Watching your friends react when the shrimp start dancing in their mouths is the most entertainment you’ll ever have while wearing clothes.  As a hangover remedy, however, this interesting dish doesn’t seem to work very well.

Popular in Hong Kong, Hanoi, and Bangkok, fried grasshoppers qualify as unusual food but are rather ordinary when compared to fried chicken feet. Large grasshoppers are deep fried, liberally sprinkled with salt, pepper, and garlic powder, and eaten like popcorn. Jing Leed is fun street food that people love to chew when browsing the bustling neighborhoods in the cooler night air. Just remember to brush your teeth before going to bed since all manner of strange things can happen in your mouth that night. 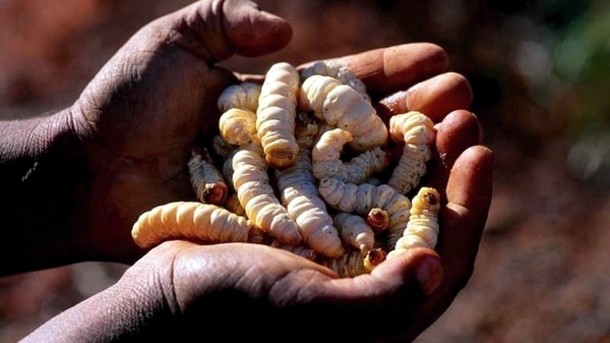 These tasty wood-eating larvae chew on the roots of the Witchetty bush in the outback of Central Australia. Locals eat them live since they have a creamy texture and sweet, nutty taste. It’s also protein rich and nutritious, believe it or not, While the aborigines have eaten these edibles for generations, the Witchetty grub is growing in popularity among the rest of Australia since the larva can also be tasty when cooked on the barbie next to traditional appetizers like shrimp.

Of all the truly unusual foods in the world, we’ll conclude our little adventure with one that is very easy to eat: snails cooked in their shells with elegant white wine, sweet butter, garlic cloves, and topped with fresh minced parsley. This fragrant and civilized dish is found in most fine dining establishments around the U.S. and Europe, especially in France where it originated. That’s eating good in any neighborhood, for sure.