Taking a Risk– Do You Have the Courage to be a Risk Taker? 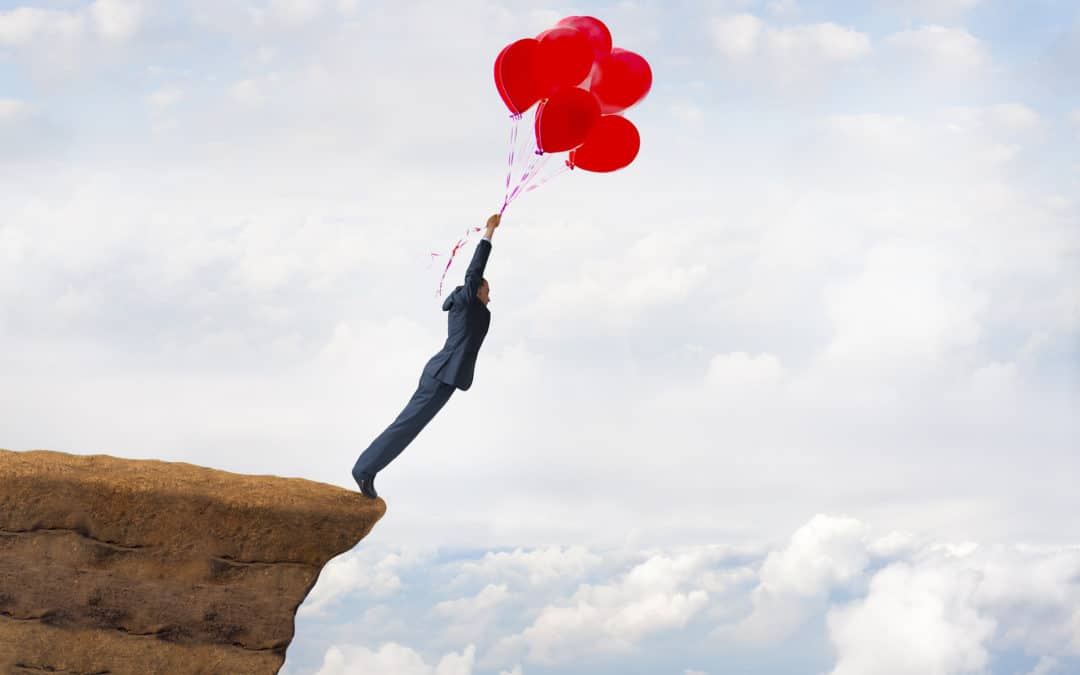 The voices are a bit quieter now in contrast to the boisterous laughter of just a few minutes ago. The silence sits between us until someone offers “For me it was a huge risk. One I debated for weeks before I moved forward.”

We nod our heads in agreement, all relating our hesitation to have done the same.

Then in a shaky voice filled with emotion, one woman smiles at another, saying “Thank you for being a risk taker and reaching out to start our group.”

When most of us think of being a risk taker we might think of the physical experiences; free-climbing a mountain, para-sailing over the ocean, or even a lone road trip across the country. We marvel over people extending themselves out there to conquer a world many of us are content to watch from the comfort of our arm chair.

Psychology will tell us risk takers follow family lines. If our parents were physical risk takers or extreme sports participants, we very likely will follow in their footsteps. Perhaps it is based on what we learn or maybe there is an adventure gene which some of us get and some do not.

Here is What I Know…

For this group of women huddled over warm cups of coffee, the risk-taking was much closer to home, maybe even heart. Taking the chance to reach out and form new friends later in life.

We all need our peeps! This is a fact well established by psychologist Abraham Maslow’s Hierarchy of Needs. According to his famous pyramid, right after our physiological needs and safety, Belonging and Love is the next motivator. It is a need that will predominate throughout our lives.

“It has been a struggle, finding friendships since I moved here” a voice relates from our group. I nod my head in agreement knowing the isolation I felt first moving to Arizona. Not that I didn’t develop social friendships, because I did. But the strong link of being able to pick up the phone and know the voice on the other end knows your history, your faults, and is still there for you, that had been vacant for a long time.

Recently I spoke with a good friend from back East who is getting ready to retire. “I told my husband, the mandate when we move is to go into a 55-and-over community. I just don’t want to be without girlfriends, and regular neighborhoods are too isolating.” Perhaps that is an advantage, having a built-in group of people around your own age, able to identify with the same music, cultural and social events during our upbringing, and of course the subject of grandkids. Yet these communities are not for everyone and may leave some feeling emotionally vulnerable if they feel they are not being included in social gatherings.

It is hard to believe that even in our 50’s, 60’s and beyond, our emotions still feel very much at risk.

The Feeling of Fear Never Goes Away

Many of us have also had the experience when what seemed to be a strong friendship fell apart. When people move on without us, we are left to cope. It is hard to release that connection especially with those that may carry our history, a past that is so entwined they are one of the few who would fully understand us.

For forty five years I had one such close friend. From the time we were twelve we lived at each other’s houses, supported each other in our weddings, in childbirth, and in divorce. We would laugh about the day when we would be little old ladies together, holding arms, helping each other walk down the street. 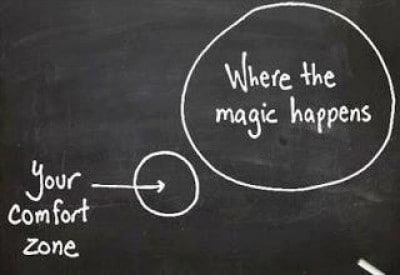 I can’t quite pinpoint the day she vanished from my life. Living in another state by then, I made the calls, leaving messages like call me back when you can. But that day never came. And even the multiple letters I wrote remained unanswered in silence. In my hurt, I envisioned them tossed away, like the junk mail we can’t wait to get rid of. It took me two years to risk calling her mother to at least find out how my friend was. Days later her mother responded to my message. “I can’t tell you why she is mad, but she is furious with you,” she reluctantly told me. “Perhaps you could write her a letter…” her voice trailing off without much hope. Two years of unknown anger still filling up her world, causing a distressing loss in mine.

You don’t replace your history; those specials experiences shared through your youth, your adulthood. In my life there are not enough days left for me to develop a friendship that will span 45 years. And certainly when friendships end in pain like this one did, risking bringing someone else close is difficult to imagine.

There came a new reflection from our group. “Maybe the Me Too movement will start to change that, and allow women to feel they can reach out to each other without judgment instead of isolating from each other.”

I hope too that is the case. I have seen my share of women in suburban life and in work environments which have both supported and sabotaged each other.

As a young working mother moving into my first neighborhood I was a bit appalled to be approached by a neighbor letting me know there were two groups in the neighborhood, and I would have to decide between them. As she began to tell me the “problem” with the other group I begged off. Closing the door it seemed that day I shut down close association with all in the neighborhood. Through the years I stayed a friendly distance; enough for my children to be allowed to play, but far from the unrest within the different sectors. The balance was a bit exhausting and certainly didn’t leave me in the mood to try to form new bonds. I wonder today how many on the block could have used my support as a break from the petty conflict.

Work environments give us new opportunities to bond over a common issue, the office. Towards the later part of my career, I was fortunate to work with two dynamic women sales leaders in our organization who understood the advantages of women supporting each other in a male-dominated office. I can’t say there were words ever spoken which led to this agreement between us, but it is safe to say we had each other’s back through the good and the bad. And although we no longer share the common thread of the office, we still communicate with friends and appreciate what we were able to do for each other.

The perception we form of how others seem to accept us or not can certainly influence the level of risk we are willing to take when we reach out to others. Everyone in our small coffee group has related the fear of rejection. What if I have a party and nobody responds or accepts? What then will that say about me?

The fear of rejection has to be the toughest of all emotions to risk. Isn’t it strange the self-judgment we enter into by thinking that the actions of others seem to have a direct correlation on who we think we are? Why is it we are so quick to conclude it is a rejection of us? Sometimes it may be that we just weren’t even on their radar, a casualty of a society where people are just too busy to respond.

It Isn’t Always a Gut Feeling

Fear and false beliefs can drive us to question “Am I so unacceptable, so unlovable, that everyone else gets friends but me?” This might seem extreme in nature, but the cognitive psychologist Albert Ellis pointed out that his research showed how many of us think in absolutes. He outlined the most common false belief as being “Everybody always needs to love me.” When in a room full of people where we feel acceptance from all except one, a majority of us will pay a disproportionate amount of emotional attention to that one, minimizing our appreciation of the ones who do accept us! Sometimes we need to change our perception of the situation! All of us have some days when we respond to others in a negative way. Maybe we should remind ourselves that the behavior of others is not always about us. Combining negative thinking with absolutes will get us into trouble. 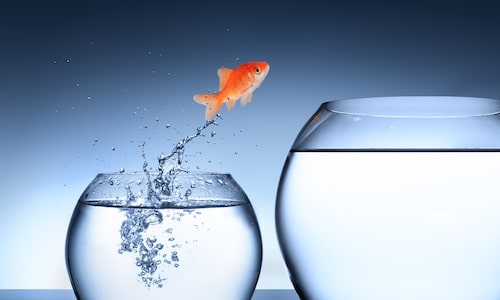 Introducing my writing into the world, I was nearly paralyzed by the fear of rejection. It was definitely one of the hardest personal risks I have ever taken. I’m a person who at age 18 put on a backpack and traveled alone through Europe, on trains and buses, sometimes hitchhiking. In my professional career, I took a leap from education into sales, even though I thought sales people ate their young. Later I moved around the country to pursue new opportunities. I was not adverse to risk-taking. Yet releasing my words choked me. What if no one read them? What if I was mocked, laughed at? Would my inner thoughts and emotions bring disdain from others?

And the deepest fear of all – was I the only person that had emotions like this? Did the whole world have a secret formula for handling emotions, and I never got the memo?

For months I wrote about my deepest concerns. How do I manage life now that I was an empty nester? What is a soccer mom without children soccer players? How to handle toxic people at work? And the hardest one, how do I now live in a world where my father is not present? My words, my emotions, how could I risk them going out to the world?

Very slowly they leaked out to one person, then another. Finally to my husband, who would eventually become my most thoughtful editor, always preserving the spirit of my words.

It wasn’t until I published online my story called First Father’s Day Without Dad that I understood the impact of words. The bottom line in this story was me accepting I had no idea what to do on Father’s Day, except get through it. I was not prepared for the response and appreciation from people all over the world, thanks to the wonder of search engines. A young mother in England, an American soldier in Iraq, a Muslim man in India. All the responses had a common theme. Thank you for allowing me not to know what to do. I thought it was just me that felt that way. I felt so alone. I knew after the acceptance of this story that the action of taking a risk needed to overcome my senseless fears.

Emotional risk!  Perhaps by the sheer reason that we need to feel connected to our fellow beings, we need to risk our emotions. Maybe we will get shot down, perhaps some will reject us. But if there is just a chance that one voice will respond, one voice that will say I understand, I feel that way too, maybe that one connection is worth the risk of breaking a world of silence and isolation.

So gather up your courage my fellow baby boomers, start something on Facebook, or Meetup, or how our coffee group started, through NextDoor (local neighborhood on-line connections). Write a story, share it with the world. Or even call a long-lost friend and let them know you still care.