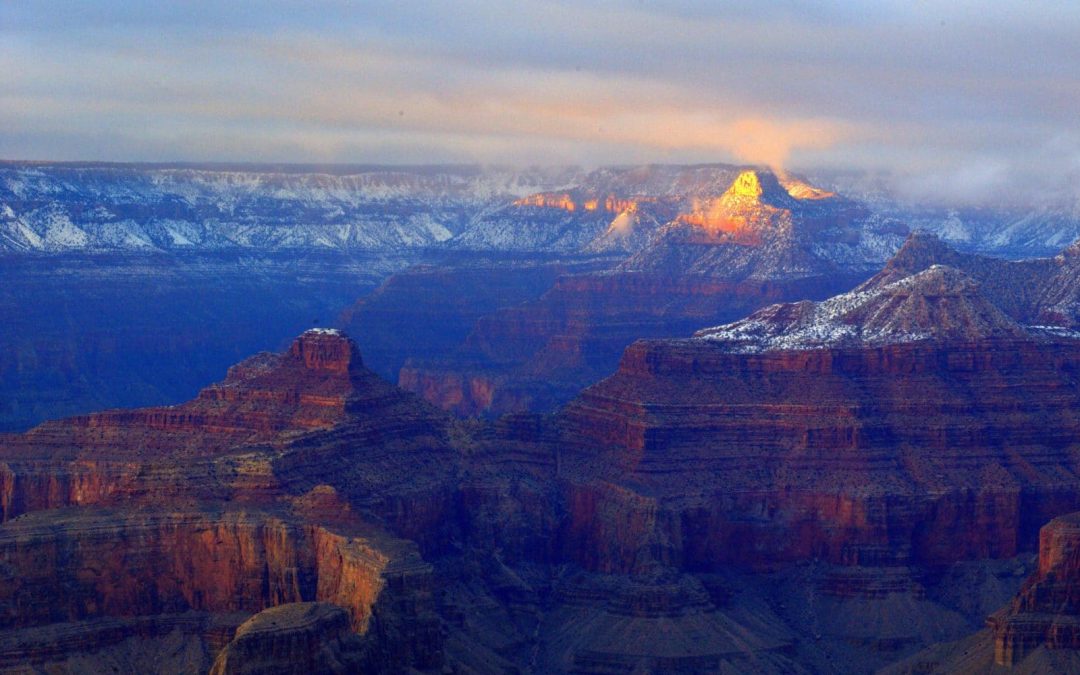 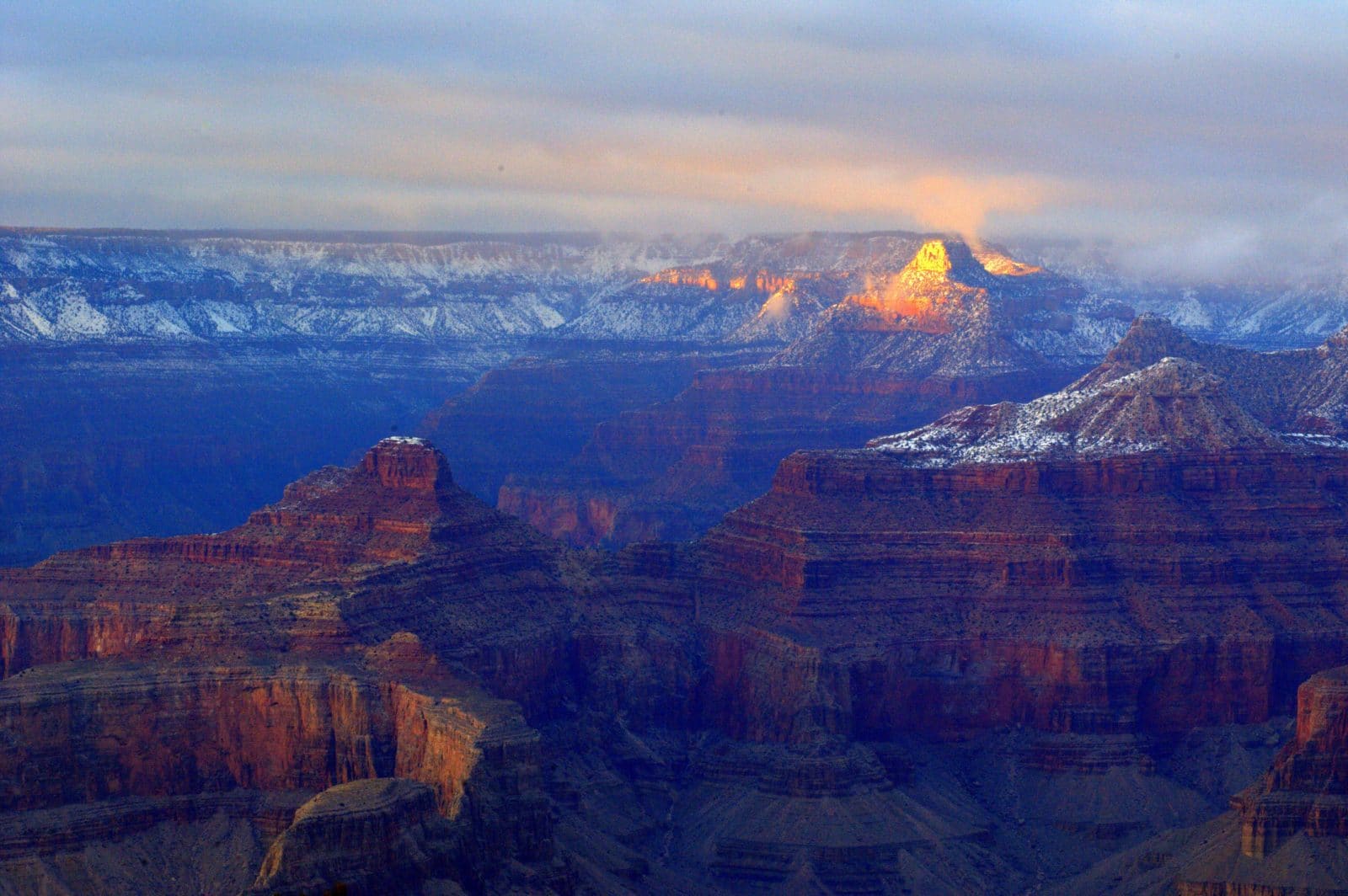 Seven days from now I’ll be loading up a 22 foot Rialta mobile-home camper and setting out for seven months on the road. Just my gal and I. Three months of working and four months of exploring.

All of it an adventure.

Three months will be spent working at the fulfillment center of the Amazon.com warehouse in Campbellsville, KY. We’re going there to learn and experience firsthand about workamping, a contraction of “work camping”, which is a form of RV camping involving singles, couples or families who work part or full-time.

We start with four ten-hour days (with five soon to follow), receiving free camping plus utilities as a side benefit. There also is a season-end bonus for those who can tolerate the repetition of movement and soreness of muscles day-after-day.

Afterwards, the next 2 months will be evenly spent between Guatemala and Nicaragua. We’ve talked to friends who have been to these countries many times, and feel safe and confident that we’ll enjoy our travels there.

The final time two months will be spent exploring and camping in Texas, New Mexico, Arizona, Utah, and Colorado, zeroing in on the many fantastic National Parks, beautiful cities, and varied activities available. This will be a time for serious photography and melding with the beauty of the land.

There’s one guarantee I will make. We’ll both come back changed individuals.

Travel has a way of doing that to a person.

My first extensive road trip was in the summer of 1972. As a nineteen year-old college student I’d never been further west than Chicago. My only exposure to this country was through picture books and reading the stories of others.

I wanted, no…, I needed to desperately set out to make my own stories. I longed to see the beautiful places I’d only dreamed about up to that point. The Horsetail Falls of Yosemite Valley that looked like ribbons of flowing fire, the water gushing geysers of Yellowstone spewing scalding-hot, magma heated water over one-hundred feet into the air, and the magnificent scenery of the Grand Canyon, whose colorful islands of river-cut rock would brilliantly light-up in the late afternoon light of summer days.

I wanted to see it all.

Two buddies and I set out one early June day in my Chevrolet Vega. We sported a rooftop carrier for luggage and laid down the back seat to use as a bed. Three months and twelve thousand miles later I returned home.

With one less buddy, one less goal to achieve, and one less finger.

During this trip my body was taken over, never to be the same again. I was infected with a critter called the travel bug. It’s a bug that never gets enough, never lets you forget, and never settles for anything less than more travel.

You never know what the day will bring when traveling. Everything is constantly changing. Of course, every day changes, but when you’re on the road the differences are more noticeable, obvious, and greater. Not like your subtle everyday changes that you might experience back home.

There was the awe and wonder I experienced at seeing the Grand Canyon for my first time. There I sat, legs dangling over the rim edge, totally immersed in the beauty, colors, and the vacant distant sounds of the canyon. I couldn’t comprehend how something as beautiful as this might ever of been created, or how anything could ever top this moment. Unexpectedly, not 10 minutes later, the largest full moon I’d ever seen rose directly in front of me.

That day changed my life.

I remember playing frisbe along the Merced River campground in Yosemite Valley, totally mesmerized by the rhythmic sounds of the dancing waters that filled the air.

There was hundreds of Hell’s Angels and other biking groups over the July 4th weekend at Lake Tahoe. Different tribes, symbols, and letters on leather, all boldly riding and showing off, ready for a confrontation at the drop of a hat.

And the story my shocked buddy shared with me that night in San Francisco, the night he had a knife pulled out on him at the city park. Upon retiring to our sleeping bags on this chilly, windy night, he saw an empty cardboard box next to a park bench and moved it to block the draft upon his head. This person claimed my friend had stolen his box, and threatening him at knife point.

A large campfire at this same park enticed others to run barefoot through it’s hot ashes and flames. Some shouted wildly, some danced boldly, but only one asked to be crucified on a make-shift cross. After two swings of the hammer on the nail that drove itself into the flesh of his hand, the accomplice dropped the tool and fled, the sight of blood being too much to handle.

It was a very intense and unusual night.

Then there was the angst and sadness I felt the next morning when my friend decided he’d had enough and was ready to go home. Later that day he wired home for money and boarded a Greyhound bus with a one-way ticket back to Michigan.

I was now on my own.

I remember the elation of having my other traveling companion show up unexpectedly in San Francisco the day after my friend boarded his bus. He knew I’d planned to see my parents who were due to visit SF and had hitchhiked rides all the way from Colorado.

On another morning we woke up amid unintelligible whispers at dawns early-morning light, discovering we were curiously being discussed by the villagers who cautiously surrounding us from a safe distance. As I opened my eyes I could see the many cardboard shacks that formed a semi-circle around our car and sleeping bags. We had indiscriminately found open ground late the night before on a deserted road after closing the bars in Tijuana, Mexico. Little did we know where we were.

I remember the anxiety, despair, and anguish I felt after losing my finger working in a lumber mill in the Olympic Peninsula of Washington. The pickup truck ride from the cedar wood shake factory to the hospital was 45 minutes long. As I sat there cupping my left-hand with my right, scared and partially in shock, the old man driving told me I was lucky.

Lucky? I couldn’t believe what I was hearing.

Being a lifer he’d seen his share of accidents. He explained that losing a small pinkie was rare. Normally the guillotine-like splitter I’d worked on, that beastly mechanical cutter from hell that had claimed countless fingers, would take all four.

That bought things back into perspective for me.

A spark of gratitude welled up in me. It could of been worse, a lot worse. This feeling was compounded when I looked over and saw he was missing 7 fingers. Some of those accidents he witnessed had been his own.

Then there was the two New York City gals and their dog we picked up hitchhiking in Washington. We all decided to do hallucinogens before getting on the car ferry leaving the US for the Canadian island of Victoria, British Columbia.

We pulled into a provincial park to rest and stretch our legs. When the door opened the dog took off like a rocket. The girls screamed, jumping quickly out, just in time to see Fido get hit by a car. The shocked yelping dog ran its last full circle, dropping dead in front of everyone’s eyes.

The girls freaked out. My friend freaked out. And I, feeling like a fingerless freak, was already close to loosing it. (lesson learned: don’t do drugs during times of unrest!). The dog was lifted into the park rangers truck and they left, never to be seen again. My friend was rattled.

Never before had he done hallucinogens. It wasn’t pretty.

After what seemed like the longest hour ever, I calmed my friend down. The tears and emotions were beginning to ebb. We sat on the side of a small hill overlooking the parking lot. As we watched, an approaching vehicle moved towards us.

It kept coming, and kept coming. It didn’t stop. The brakes wouldn’t work.

It bounced over the parking structure and took a nose dive into a small ditch in front of us but not before knocking over a 30 foot tree, barely missing the two of us by no more than 8 feet.

My buddy lost it. He screamed, threw up his hands, jumped to his feet, and disappeared into the woods, never to be found again. After gathering my wits over time, I began searching for him, finally finding him cuddled near a lakeside in a contorted Joe Cocker-like position. I helped him back to the car and we left.

I remember camping on the beach of Big Sur, lying in my sleeping bag mesmerized by the lull and sound of surf, gazing upwards at the heavens that held more stars than I could possibly fathom or comprehend. I felt so small, insignificant, and blessed. Yet, I knew in my soul that I was meant to be here.

I remember coming home after 3 months on the road, weary and nervous, wondering how to share the news of my lost finger with my parents. Draping my coat over my bandaged left hand, I walked in, doing my best to conceal it. Parental instinct took over, my dad knowing immediately that something was wrong. He tugged at my coat. I resisted.

I removed the coat. Tears welled in my eyes as I began to explain what had happened. He took my hand, relieved to see that it wasn’t worse.

There have been many adventures since and hopefully there will be many more. Seven months will be a long time away. While still a kid at heart, wisdom and common sense play more of a role in my life than what it did back in 1972.

Travel will change your life. It opens and frees your spirit, connecting you with what is real.

Life is short. Give yourself permission to live it fully…