These 7 Insanely Rich People Just Give Money Away 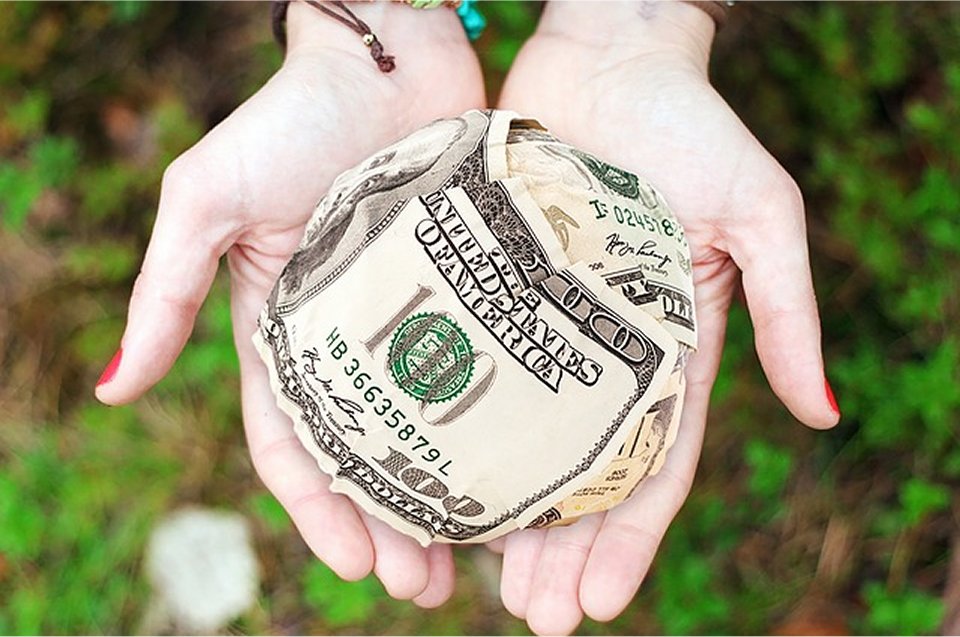 One of life’s biggest pleasures is the ability to give money to those who are in need. It’s really true. Recent scientific studies show that people get an actual buzz from acts of altruism. Older people who were generous had better health. Spending money on others lowers blood pressures and extends life expectancy.

Imagine how great it must feel to have millions, even billions of dollars and be able to give money away to charitable causes. It’s no wonder that many of the very rich indulge in philanthropy.

As best-selling author Lynn Twist writes in The Soul of Money, people feel the most fulfilled when they give to others. Also, money’s not just something we earn, save, invest, and spend … It’s an expression of ourselves and our values.

“The experience of true wealth comes from sharing, expressing that we have and are enough.”

Here are a number of notable cases of extremely rich people who’ve been able to enjoy the pleasure of helping others by sharing their good fortune. And don’t feel discouraged if you don’t have that kind of money to throw around. We also have a post on ways you can give back to your community on a budget.

American businessman Charles Feeney finally hit his financial goal in December 2016. Feeney wasn’t trying to break a million dollars in the bank or even a billion. The philanthropist’s goal was to give money away until he had depleted his fortune. Feeney wanted to enjoy giving away his money while still alive.

In 2012, Feeney had $1.5 billion to give away, and he was already 81 years old. In total, Feeney’s Atlantic Philanthropies organization has given away $8 billion to scientific research, higher education, human rights, and public health initiatives.

Mr. Feeney built his fortune with the DFS Group, a line of duty-free airport shops established in 1960. And he’s lived a pretty frugal life considering his fortune. He always flew coach and ate burgers at the local pub, living happily while well below his means. His remaining wealth sits at $2 million. Which seems like a lot, until you realize you can’t hardly buy a decent house for that much in San Francisco, where he and his wife now live in a rented apartment.

Regarding his own frugal lifestyle, Feeney explains his Spartan ways:

“You can only wear one pair of pants at a time.”

When he announced his intentions to give money away in 2012, he released a statement:

“I believe strongly in ‘giving while living.’ I see little reason to delay giving when so much good can be achieved through supporting worthwhile causes today. Besides, it’s a lot more fun to give while you live than to give while you are dead.”

This Apple CEO is also planning a zero balance curtain call. Tim, 56, currently gives money to various charities and causes. He’s recently announced that he plans to give his entire fortune to worthy causes.

In 2015, Cook told Fortune that he’s planning to give his away wealth after he’s gone, leaving just enough to put his nephew through college. Based on the worth of his Apple stock holdings, Cook could boast a fortune of $120 million. Unlike his predecessor, the iconic Apple frontman Steve Jobs, Cook is highly vested in charitable giving.

Cook also led relief donations for the victims of Hurricane Sandy, donating $2.5 million himself to the Red Cross. Past donations also include $50 million to Stanford. 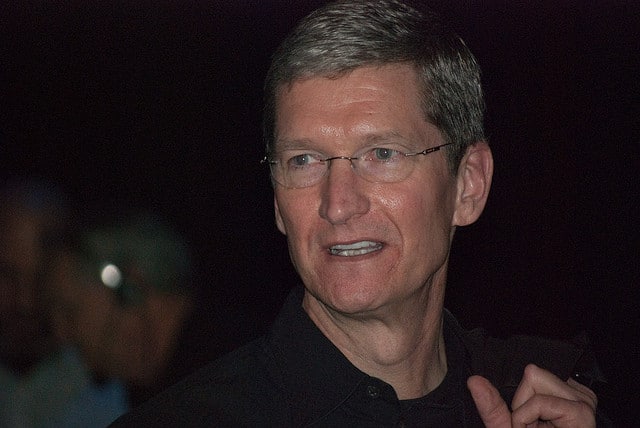 Warren Buffett may seem like one of the more obvious philanthropists who likes to give money to worthy causes. He’s worth a second mention, though, because of the staggering amount of money he’s managed to give away. Buffet has given away over $21.5 billion. That’s more than many so-called rich people ever manage to make in a lifetime. And Buffet has pledged to give away 99 percent of whatever’s left when he passes.

The Berkshire Hathaway CEO has united with ultra-wealthy couple Bill and Melinda Gates to create The Giving Pledge. This organization encourages wealthy people to donate the bulk of their wealth to good causes.

Buffett gave away 20 percent of his shares in the company to various charities, worth about $21.8 billion. And that was just in 2015. He gave a similar amount in 2014. He has continued to distribute about 4 percent of his stock to charity every year since then. 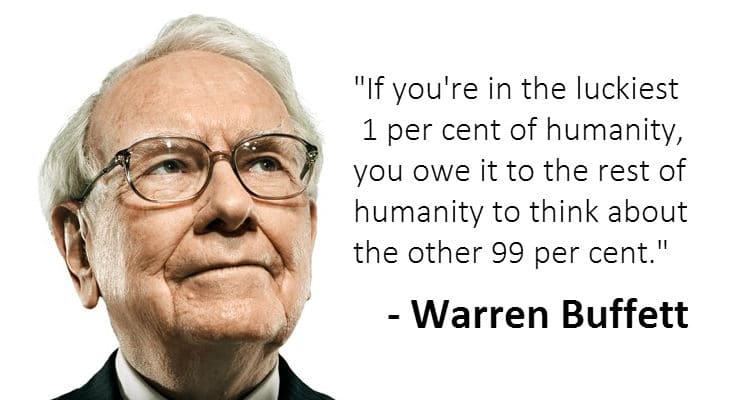 Ted Turner hasn’t just generously given Americans back their classic beloved movies from bygone days. Turner also likes to give money to a number of charities. His lifetime donation sum is about half of his current net worth, according to Business Insider.

The former CEO of Turner Broadcasting is the trustee of the Turner Global Foundation, which supports wildlife and environmental conservation. He also donates to the UN Foundation. In 1997, Turner pledged $1 billion to the Foundation, making the last payment in 2014. When asked about his donation by Philanthropy Roundtable in 2000, Turner said:

“The world spends more money on military music every year than the whole cost of running the UN.”

And here’s another great thing Ted Turner said about philanthropy, straight from his Facebook page.

Let's take a cue from Ted this holiday season and remember that #giving is what this time of year is all about! -Team Turner #philanthropy #tuesdaythoughts

All things are relative when it comes to money. Author J.K. Rowling “only” peaked in wealth at a net worth of $1 billion, but she is still one of the richest authors who ever lived. Well, that’s until she decided to give money away at such a rate that she knocked herself right out of the Billionaire’s Club.

From single mother on welfare to international superstar author, J.K. Rowling has ridden a real roller coaster to fame and fortune. She hit the Billionaires List in 2004, thanks to her series of young adult fantasy books (and movies and merchandise). However, by 2012, she had given away $160 million, about 16 percent of her entire fortune. Rowling heads and supports several charities, including Lumos and Volant, that supports women and children in health or financial crises. Rowling told a 2008 Harvard commencement audience about her own experiences with poverty, saying:

“It is not an ennobling experience. Poverty entails fear and stress and sometimes depression. It means a thousand petty humiliations and hardship.”

Rowling’s Harry Potter franchise nets her as much as $1.6 million every day, but she feels obliged to give back.

“You have a moral responsibility when you’ve been given far more than you need, to do wise things with it and give intelligently,”

Jon Huntsman Sr. has also knocked himself off the Billionaires List because he likes to give money to a variety of charitable causes. Huntsman is a Carnegie Medal of Philanthropy recipient for his charity donations. Like Rowling, Huntsman also grew up in poverty in rural Idaho, launching his career by picking potatoes for 6 cents a bag. Even when he joined the Navy, he donated a portion of his small salary.

Huntsman made his fortune with the Huntsman Container Corporation, the provider of the distinctive clamshell Styrofoam box that held Big Macs. Father of 2012 Republican candidate, Jon Huntsman Jr., and a devout Mormon, Huntsman continues to give above and beyond the 10 percent title to his church.

He’s also a member of the billionaire Giving Pledge, and was one of the first 40 people to sign up. He’s been known to criticize others for not giving away enough.

“The people I particularly dislike are those who say ‘I’m going to leave it in my will.’ What they’re really saying is ‘If I could live forever, I wouldn’t give any of it away.’”

A four-time cancer survivor, Huntsman’s Cancer Institute at the University of Utah is doing good work. Along with large-scale donations to charity like the $100 million he gave in 2013, Huntsman still gets a kick out of giving a leg up to individuals. A story in the New York Times talks about a waiter he met, and how the then-still billionaire decided off the cuff to put him through college. 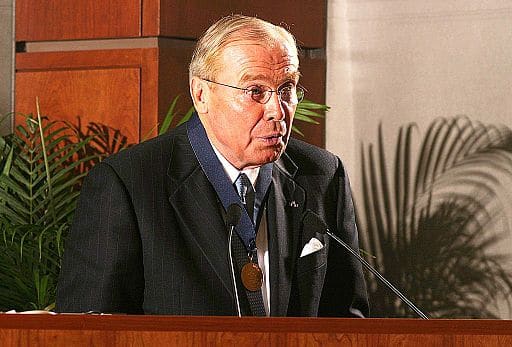 Image: CC3.0 Creative Commons by the Chemical Heritage Foundation, via via Wikimedia Commons.

Sara Blakely is not quite as well known as some of these other generous people. But Blakely likes to give money to charity now that she’s made her fortune as the founder of the Spanx company. In 2012, Blakely become the youngest female self-made billionaire at only 42, And in 2013, she became the first female billionaire to join Buffett and Gates in the Giving Pledge

A cause close to Blakely’s heart is The Empowerment Plan, which helps create jobs for homeless women in Detroit. Every year, she sets aside a portion of the profit from her company, which she owns 100 percent. She supports female entrepreneurs with her Leg-Up initiative by featuring their products in the Spanx catalog to help sales. She also donated $1 million to Oprah Winfrey’s Leadership Academy for girls in South Africa.

“I always say it’s so much fun to make money. It’s fun to spend, it’s fun to give away.”

Here are a few other insanely rich people who plan to give money —– all their money —– away, instead of leaving it to their children. And most of them have already started.

“I love to give money away. I don’t know if it makes my children and grandchildren all that happy.” – Jon Huntsman Sr.

The late public relations VP of Harvard, James W. Frick, once said: “Don’t tell me where your priorities are. Show me where you spend your money, and I’ll tell you what they are.” Frick understood that for many people, money is the only way they can ascribe value to the important things in their lives. But Frick didn’t leave it at that, adding: