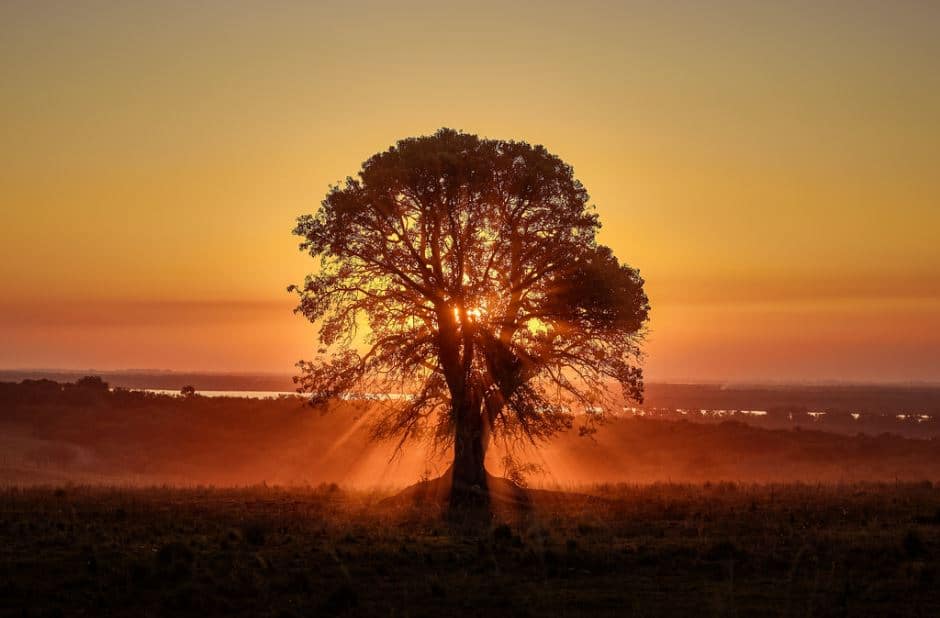 From the ivory tower to the prison cell: After a long career in academia, this educator finds a new purpose in life… And a very different group of students…

I don’t play golf. I’m monumentally lousy at it. And thus my post workaday life never finds me strolling a bucolic back nine. And with absolutely no offense to those of us who spend their days searching for that little white ball with its 330 dimples, I’ve chosen instead to spend my post-retirement days in search of a “purpose-driven” life. This purpose invariably leads me to work with the legion of young people in need in my Seattle-area community.

I have invested my entire adult professional life regaling semi-attentive students with the wonders of the natural world as a geoscience professor at the University of Washington in Seattle. Roughly 45,000 students passed through my courses. I rejoiced in every opportunity to open their eyes to the geological wonders that surround them, while also reveling in my slightly sadistic tendency to scare the crap out of them with visions of cataclysmic earthquakes, fiery volcanic eruptions, smothering landslides, and drowning floods and tsunami. Sounds like fun, no? Along the way, I told them where not to buy a house out here in the tectonically violent West and where they might search for gold, platinum, diamonds, and emeralds during their Spring-break excursions. 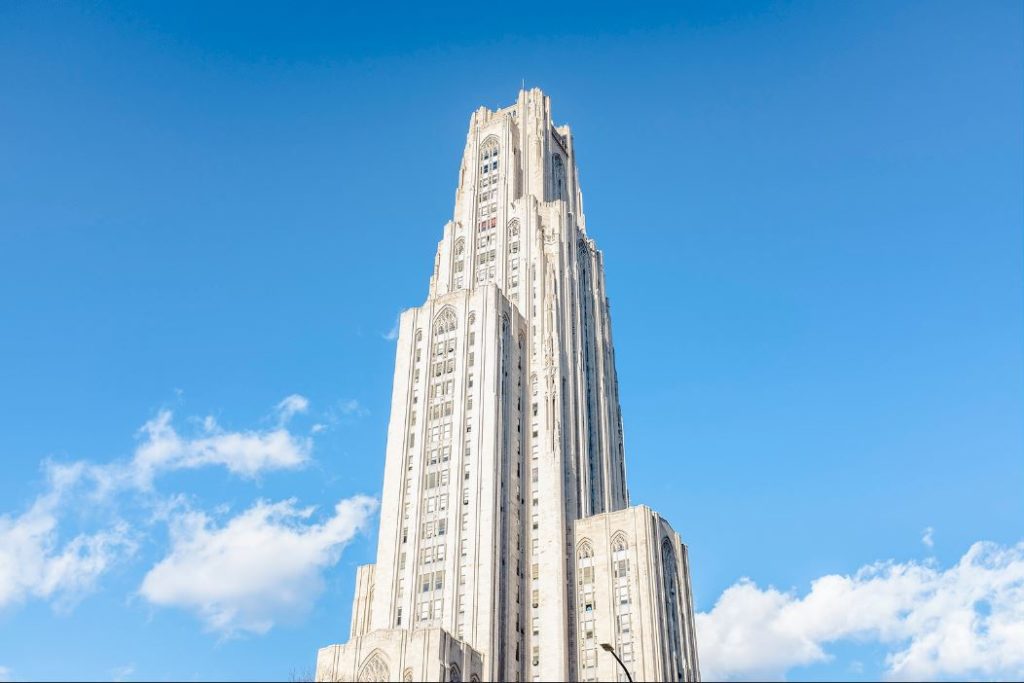 But after 30-plus years of this joy, and in no small measure in response to the advent of the uber-distracting magnetism of the cell phone, I hung ‘em up to let a younger hipper professor deal with a lecture hall filled with today’s Instagram-obsessed minions. And thus the next chapter of my life needed to be written.

Before I left the Ivory Tower, however, I had the privilege of partnering with an extraordinary student – Alula Asfaw – as he launched a remarkable college-access program: The University of Washington Dream Project (named for the “I have a dream” moment spoken by Dr. King). Alula’s dream was to help guide students like himself — first-generation to attend college, largely underserved by the American higher-education system, and primarily students of color – to the University.

The University of Washington Dream Project 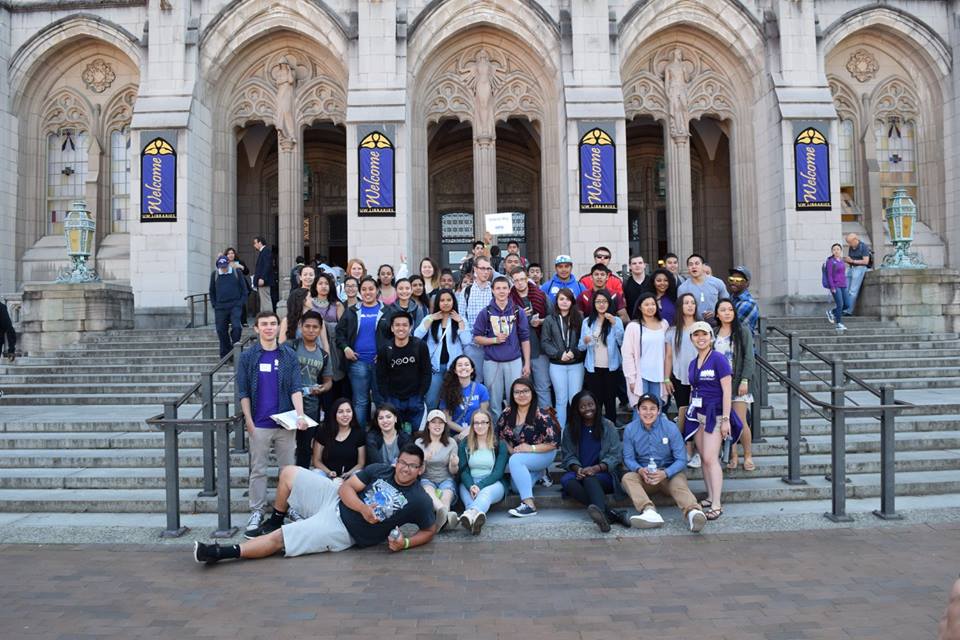 During our seven-year partnership, which started with Alula’s six closest friends on campus and grew to 600 students per quarter, UDub undergrads fanned out to seventeen Puget Sound-area high schools to assist thousands of academically uninitiated students as they navigated their way through SAT prep, crafting compelling admissions essays, and deciphering the undecipherable, the FAFSA application. These wide-eyed students visited our campus hosted by their college-aged mentors, attended university-level classes, toured labs and libraries, and broke bread together . . . quite festively.

My exposure to this work — thanks in no small measure to my chance encounter with the all-world charisma of Mr. Asfaw (now a Yale Law School grad hard at work reshaping the lives of young people in the most challenged schools in Cincinnati in his latest venture entitled “Bonds of Union”/ bondsofunion.org) – has led me to who I am today in retirement . . . an unrelenting serial volunteer largely in support of Seattle’s most marginalized youth. 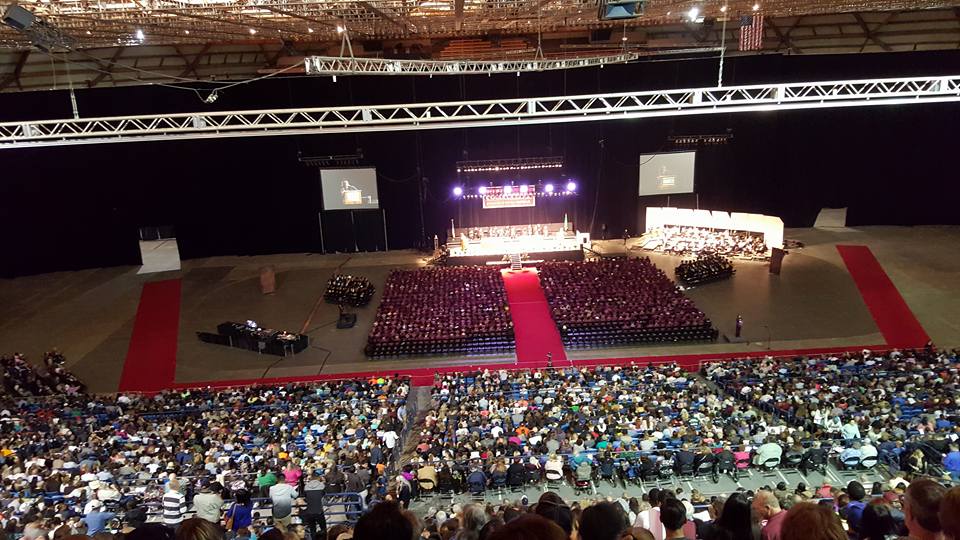 My first foray into the world of educational-support volunteerism found me serving as an academic mentor to recently released inmates from Washington State Penitentiaries. A remarkable program in Seattle – The Post-Prison Education Program – has been transforming lives for the past decade or so by offering newly released parolees the opportunity to choose post-secondary education in lieu of reoffending and recidivating.

Supported by such luminary philanthropies as The Sunshine Lady Foundation (Doris Buffett’s organization of Berkshire Hathaway fame) and Google, the PPEP has had remarkable success guiding its students toward college study (and in some cases, toward graduate and professional degrees). Compared with state-wide recidivism rates in excess of 60% within three years of release, fewer than 6% of PPEP’s students find themselves back in “the system.” A clear win-win — both for the students and for the community. Working with these academically motivated students, many of whom have never thought of themselves as “college material,” has been thoroughly inspiring. But it got me thinking . . .

Behind bars: a tragic waste of human capital and an unfortunate drain of the state’s limited resources.

Why must it take a lengthy stint behind bars to open these students’ eyes to the possibilities offered by education and employment over crime and incarceration? A tragic waste of human capital and an unfortunate drain of the state’s limited resources: It takes roughly $500,000 to arrest, prosecute, and convict felons and more than $60,000 per year to incarcerate them. Wouldn’t it be better for everyone – victims and taxpayers alike — to skip the prison step? How might we reach troubled young people before they make the “big mistake” and waylay their lives for years or perhaps decades behind bars? 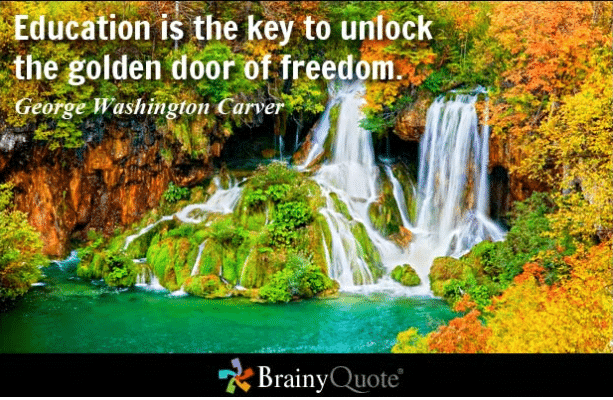 Such thinking led me to iGrad, the “last-chance” credit-retrieval, diploma rescuing alternative high school in Kent, Washington (a demographically changing suburb immediately south of Seattle). With my antenna always extended in search of a signal of young people in need, I spotted a front-page article about IGrad in the Seattle Times. The article quoted a depressing statistic: In the seven school districts (including Seattle and Tacoma), approximately 25,000 high-school-aged young folks have either dropped out or flunked out and are no longer attending school. So, what are their options? Drugs? Crime? Dead-end subsistence-level employment? Suicide? Even fast-food joints require high-school diplomas.

Through an extraordinary effort spearheaded by Carol Cleveland, iGrad’s dynamic young principal, 3000 non-enrolled young people in Kent were identified and 500 were located and recruited to the school before they would “age-out” (become ineligible for public education – at 21 years and 9 months). These students are incredibly challenged to attend school: Many are homeless, some living in foster care or heading households in the absence of substance-abuse or incarcerated parents, or they’re already trapped in the juvenile-justice system. Many already have become parents themselves and are caring for as many as three of their own children (in addition to younger siblings) as they seek gainful employment without adequate educational credentials. These are some of the most stressed young people in our community. Helping them to finish high school and perhaps even access the free tuition offered by local Green River Community College (with its plethora of practical vocational programs) is one principal way to keep these kids out of the clutches of the state’s Department of Corrections.

My work at iGrad again got me thinking: Might it be possible to work with students before they slipped off-track and dropped out or flunked out of high school? This thought led me to begin work with still-motivated young folks at Denny Middle School and freshmen scholars-of-color at Seattle’s Garfield High School, and with Seattle’s outstanding Tree House program, a wonderful educational-support network that connects mentors with kids in foster care (perhaps the most academically vulnerable young people in the community). This work takes various forms – from joining them in their classes, to chatting informally about the wonders and merits of university life, to leading them on field outings to the sprawling University of Washington campus where they can visit classes, read quietly among hundreds of college students in the library’s Harry-Potteresque reading room, or run amok across the Huskies’ football field. The key idea: Have these young people begin to envision themselves as university students — with all the excitement and promise that portends.

CC University Behind Bars via UniversityBehindBars.com

And finally, my most recent chapter: The University Beyond Bars. Frankly, I’ve missed teaching geology and regaling students with the marvels of the natural world. But where to find eager interested students undistracted by the contagious magnetism of their cellphones? The answer: The local medium-security prison… where cellphone use is forbidden.

My drive to teach interested motivated students has led me to the Monroe Correctional Complex of the Washington State Department of Corrections, twenty-five miles northeast of Seattle. Here the students – both lifers and short termers preparing for their imminent release back into the community – can earn Associate of Arts degrees through Seattle Central College and begin the process of rebuilding their lives, as they seek employment with a degree in hand and reconnect with their families. Multiple studies have shown that released inmates armed with post-secondary education are far less likely to re-offend. Thus with fewer former felons on the outside, desperate without hope or marketable skills, the overall health of our community is strongly enhanced. Yet another win-win. Perhaps with fewer criminals committing fewer crimes, the need for additional prisons – a great drain on state resources – will be diminished. And of course, fewer victims means fewer lives shattered by the scourge of crime in our cities.

So . . . that’s it. No golf. No expensive tee times. No new high-tech putters. In exchange, a great sense of a purpose-driven life doing good work on behalf of everyone in the community. With such an approach to retirement in mind, I invite all of you – if you’re so inclined – to join me in such work. I guarantee that the need in your community — for your passion, your empathy, and your talent — is as great as it is in mine. And myriad opportunities for such work abound — just a brief web search away: Simply log on to volunteermatch.org and type in your location. In seconds, thousands of meaningful volunteer opportunities will appear before your eyes.

My invitation: Try one. It may prove more rewarding than that double bogey on the 12th hole.

Stan has brought geology alive to roughly 45,000 bright and curious students during his 30-year teaching career at the University of Washington. A distinguished teacher and recipient of many awards, Stan has authored many college-level geology textbooks that have introduced physical and historical geology to a generation of American geology students. Nowadays Stan is committed to living a purpose-drive life by being an unrelenting serial volunteer largely in educational support of Seattle’s most marginalized youth.