Perception — Which Glasses Do You Wear? 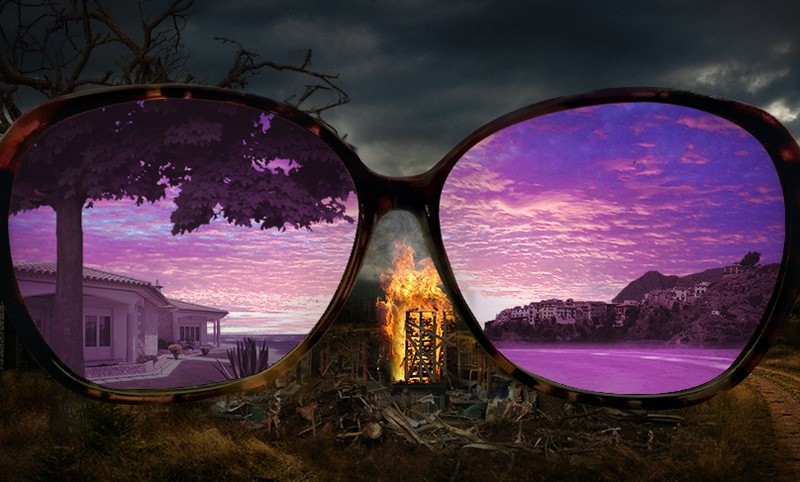 Several weeks ago at a party, my husband and I were talking about the wasps which plague us while we are in our pool. The first few years we owned our home in Arizona these flighty pests were never a problem. But one afternoon a wasp landed on the pool surface and seemed to swim around. We were a bit surprised. Had this guy lost his purpose, his overall direction? iPhones in hand, my husband and I researched can wasps swim? Swim or not, it seems they commonly use pool water as a source when building a nest. They can even survive underwater easily up to five minutes!

Perhaps we wouldn’t have minded their presence if they would only take turns for possession of the pool. It seemed we could sit by the pool for quite a while and not have a single one of these visitors. Yet the minute we got into the water, a small group of them would arrive and offer to swim with us. And apparently, some loved to engage in a daring game of chicken!

“They are yellow in color” my husband described to folks at the party, “like a yellow jacket.”

“Yellow?” I questioned. “Clearly they are a dark gold.”

It was at this point the smirks and laughter began as we both postured for our positions.

“Were you two in the same pool?” joked one of our friends, eyebrows raised.

Good question, were we?

It wasn’t until a week or so later, that something interesting was discovered. During an early evening swim, my husband offered some comments about the sunset. There can be no doubt Arizona sunsets are beautiful. The southwest in general offers hues of pastels that can take your breath away. 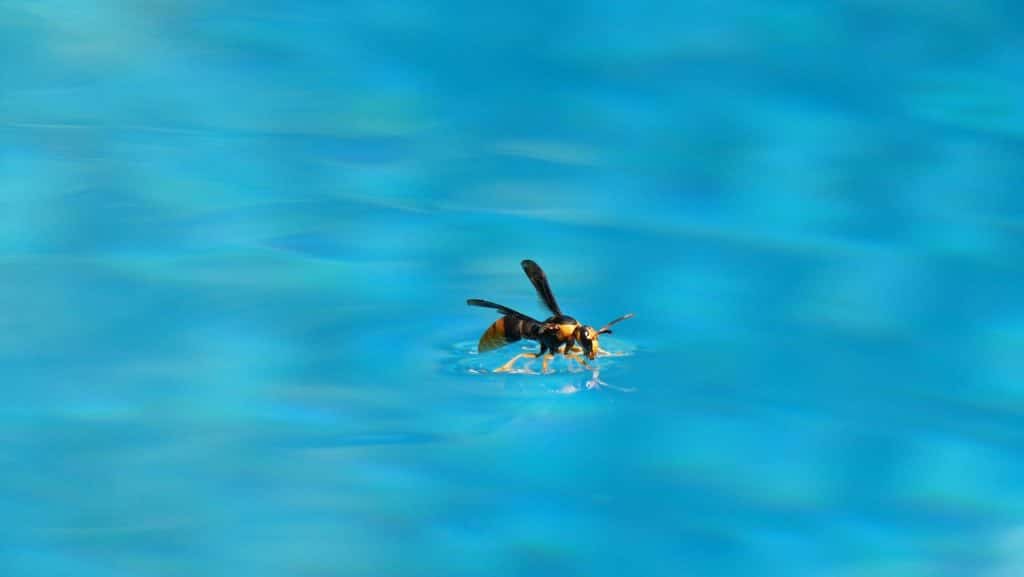 I can’t say I was overly impressed with the sunset my husband was raving about. In a last attempt to affirm his viewpoint, he offered me his sunglasses. Once on, I had to concede that through his lenses the colors were spectacular. Picking up my sunglasses from the side of the pool, the differences between the glasses was apparent. They had a bluish tint to them, as opposed to mine which were brown.

It All Makes Sense Now

It was pretty easy to understand why his view of the wasps and mine were different. Our perspectives influenced by a simple tint of our individual worlds.

What about perceptions in general? How is it, even without the tint of different glasses, we may see and feel experiences so differently from our spouse, our parents, children or friends?

Psychology defines perception as the brain’s interpretation of information received through our senses, and then the giving of meaning to it.

It is the “giving of meaning” part of that definition which invites personal interpretation of all information we direct to our attention. Factors that influence this personal attention can vary based on our emotional state, our belief systems, our culture, the actual abilities of our senses, and just whether we are paying attention at any particular time or not.

Our emotional state has a strong influence on how we view interactions. If we are driving in a negative mood there is little doubt when another driver seemingly cuts us off, irritation is most likely to be our response. On days when we are happy and relaxed we may not even register the supposed offense. Daily we get to choose what emotions we experience and express; positive or negative is certainly part of our choice.

Emotions are not the only ingredients which influence our perceptions. Most of us would like to think we are aware of a wide range of information around us. For many years I was certain I was the queen of multitasking! Studies on perception and attention from research psychologists prove differently.

Take for example Dr. Daniel Simons’ well-known study of Inattentional Blindness. This “blindness” occurs when a person fails to perceive an unexpected stimulus that is in plain sight. In Simons’ study, participants were asked to watch two teams of players pass a basketball and count the number of passes completed by the team in white shirts. In the midst of play, a person in a gorilla costume enters the middle of the group, beats on his chest and then exits. Nearly 50% of the participants never registered the gorilla and were shocked to see what they had missed when they viewed the video verifying it.

One conclusion from the study: we know when we see something out of sorts if we are paying attention. We have no idea of what we miss when our attention is elsewhere.

This idea of where we focus our attention being important was also demonstrated in a 2013 study where radiologists were asked to scan x-rays for signs of cancer. Embedded in the films was a tiny gorilla, fist raised. 83% of the radiologists, so focused on just one mission, missed the gorilla. While there are those times when mind focus is critical, it still raises the question what are we missing?

In relationships, the focus of attention for men and women during heated disagreements will also differ. Men are more likely to leave a heated encounter with the idea the woman doesn’t respect him.

The women’s perspective is more likely the question, does he still love me?

Many times these are the unspoken or unacknowledged perspectives which make it harder to reach understanding. Sometimes we need to dig a bit deeper to understand another’s perspective on their pain.

If we all have and are entitled to our own perspective as being our truth, what happens during those times when we dig in, refusing to accept any other interpretation for words said, actions taken, and emotions expressed?

A hardline stands, generally leaves someone in the right (hopefully us!) and someone in the wrong (the other person!), giving no one a graceful way to make peace. None of us want to feel unacknowledged, dismissed or the dreaded I was never heard. Some fail to understand that when our adversary seemingly concedes defeat, perhaps there hasn’t been any winning over. It may be more of a response of, done talking here!

Positive psychologists would suggest asking yourself the question, would you rather be happy or right?

Not that we should surrender every viewpoint we have for the sake of someone else. But there certainly can be some wisdom in picking our battles and accounting for the idea that my truth may be influenced by factors different from theirs. Taking a moment to think things over may save hours of grief.

Or perhaps it would be easier if we accepted that we all wear different colored glasses. In my world, these pesky wasps that plague us are a dark gold. In my husband’s they are just as pesky in yellow. I can learn to live, and most importantly accept, that we see the wasps through different lenses.

The fact is, these little irksome beasts could be purple as far as we are concerned. Our common perspective? Please let them find another pool to swim in.

Diana Creel Elarde, Principal at Emerging Insights is a PSYCH.K facilitator helping people to identify and align faulty unconscious beliefs. She is author of the book, “A Star in My Hand” and a three time contributing author for Chicken Soup of the Soul books. You can reach Diana at www.emerginginsightsgroup.com or at diana@insight11.com