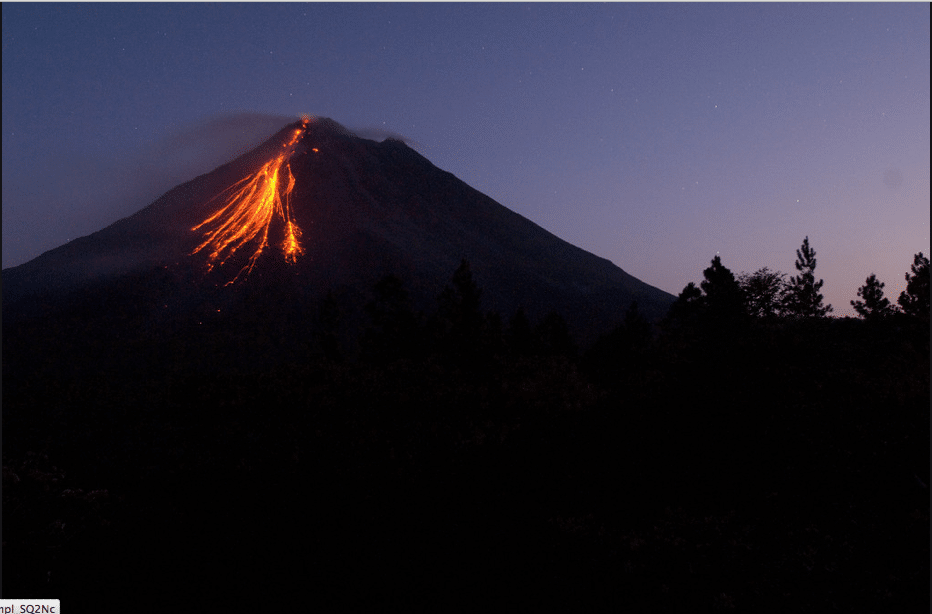 Tanagers, Motmots, Hummingbirds, Trogons, Honeycreepers, Montezuma Oropendula’s, Kiskadee Flycatcher’s, Toucan’s … the list goes on and on. Many are bird species that you don’t hear of or see in the USA. Over 890 species have been documented in Costa Rica, more than in all of the United States and Canada combined, in a country smaller than West Virginia.  About 600 are permanent residents with the rest being winter migrants from North America.

This is indeed a bird-watchers paradise. Part of flowin’ & coastin’ N Costa Rica.

And this is just the start. Costa Rica supports an enormous variety of wildlife with its geographic location between 8 and 12 degrees north of the Equator and its tropical year round climate. It sports average median temperatures between highs of 81°F and lows of 64°F every month of the year.

Costa Rica is considered to possess the highest density of biodiversity of any country worldwide. While encompassing just one-third of a percent of Earth’s landmass, Costa Rica is home to more than 500,000 species (300,000 of them insects) and contains four percent of species estimated to exist on the planet. Hundreds of these species are endemic to Costa Rica, meaning they exist nowhere else on earth. These endemic species include frogs, snakes, lizards, finches, hummingbirds, gophers, mice, and fish among many more.

As a photographer and adventurer, I’m here for the volcanos’ and Red-Eyed Tree Frogs. That’s why we’re staying in La Fortuna, home of the Arenal Volcano. It was Costa Rica’s most active volcano until 2010 and one of the ten most active volcanoes in the world.

The Arenal Volcano erupted suddenly and violently in 1968 after being dormant for hundreds of years. The eruptions continued unabated for several days, destroying all in its path and burying nearly 8 square miles with rocks, lava and ash. When it was finally over, the eruptions had killed 87 people and buried 3 small villages to the west.

La Fortuna, originally called “El Borio” before the day of the eruption, was located on the east side of the volcano and was left untouched. After the eruption El Borio was renamed “La Fortuna”, which means “the fortunate”, referring to the towns luckiness during the eruption.

Arenal volcano is presently in a dormant stage and has been since 2010. The minor volcanic activity and rumbling thunder-like vibrations that awoke me in my sleep when I last visited this area seven years ago are no longer present. On that night I arose at 4:30 am to witness a clear night-sky and cloud free summit which led to some pretty great pictures of the volcano (see top).

It’s still the one and only time I’ve seen a clear summit.

The last time I was here I was on vacation. Three days here, three days there …  rented cars, hotels, swimming pools and meals eaten out. I saw a lot, had many stories to tell, and great memories to cherish. I packed all I could in 10-12 days. There wasn’t much time to chill nor did I wish there to be. I figured I could always rest when I returned home.

This time I’m visiting in a totally different manner: one as a winter migrant. Two weeks here, two weeks there, and one month at the end. There’s no expensive hotels with swimming pools, continuous rented cars, nor meals always eaten out. Instead, Lezlie and I have rented out small homes, bungalows, or condo’s through on-line rental sites and cars in short spurts. Renting this way can be risky but for us that’s part of the charm. It’s sort of an “adventure within an adventure.” Besides, it’s nice to have a fully equipped kitchen, a space to always come back to, and the comfort of unpacking belongings for more than a few days.

There’s a lot more walking, interacting with the locals, and time to chill-out. We’ve still acted like tourist, participating in various popular activities that shouldn’t be missed, but we’ve spaced them days apart rather than a day apart. There’s been more time to read, plan ahead, visit local hangouts, and partake in some of the local activities that we’d otherwise miss out on with a shorter visit.

If the weather sucks, we can wait for better. If we miss a morning at the market, we can wait until the next. If we hear about a good place to eat that serves great traditional fare, we can try it out on any number of days.

It’s damn nice not to be rushed.

Finding that great 90-minute Swedish massage that included a facial and reflexology treatment for $50.00 on the side streets of La Fortuna wouldn’t of happened. Nor would we have found the expert naturalist who calls in those beautiful exotic, and sometimes rare, birds for his clients, finds Red-Eyed Tree Frogs by their shadow cast upon leaves, and the lethargic sloths that are easily overlooked by untrained eyes.

Such are some of the advantages of abundant time spent in special places.

There’s always the unexpected when traveling. It can be challenging to not judge such instances as either being something good or bad when they happen. I’ve discovered in many instances what seems like a disappointment often ends up being a gift. Often this realization takes time.

– Upon arriving to our rental in La Fortuna, I was disappointed that the outside portable hot tub shown on the website pictures was not on our second floor deck (we didn’t have a second deck!) overlooking the village but rather on the owners deck next door. We were allowed access to it anytime we wished but I felt the pictures to be misleading. Additionally, the hot tub didn’t have a heating element that worked so it had to be filled with hot water every time we wished to use it (with notice the owner would do this for us).

I could of chosen to sulk, let it ruin our stay, or sneered and felt resentful whenever seeing our landlords. Instead we ended up meeting this wonderful couple, expats originally from California, who’ve lived in Costa Rica for over 15 years. We’ve become very attached to them. The heartfelt stories this man has shared with us, the love and compassion he has within, and the gift’s he’s given to others has made me realize how much more I could share of myself in this world.

Additionally, through meeting this couple we’ve met other great people. We will be accompanying many of these to a Cirque de Soleil venue on behalf of a charity in San Jose. The charity? The human sex trafficking trade. Lezlie has decided to become involved in this cause which speaks so strongly to her heart.

– Lezlie’s first impression upon arriving was how run-down the residential area looked compared to back home. She saw run down homes, torn-up sidewalks, and unkept pitted dirt roads which brought up unpleasant memories from her own past as a child growing up. Her first thoughts were “What are we doing? Did we make a mistake by coming here?”

She was ready to head to the nearest hotel. In her past travels overseas she never experienced the less fortunate neighborhoods.

The gift in this for Lezlie has been that it has expanded her awareness and shattered some of her fears and myths of overseas travel. She had concerns for her safety, be it walking on town streets, getting sick from drinking the water or eating the food, or contracting diseases from mosquito bites or other spidery-like creatures.

Instead, Lezlie has found the people to be warm and friendly, happy and proud despite their seemingly economic struggles, and has garnered a new-found sense of courage and confidence. She no longer feels fearful or threatened.

In fact she felt so secure today that she was able to walk by herself through the streets of La Fortuna onwards to that massage appointment, get butt-naked on a massage table, and manage to feel comfortable with nothing but a sheer curtain for privacy.

Those have been huge steps for her.

Travel, as in life, can be full of the unexpected. I believe it’s how we interpret these moments that’s important to our growth, development, and wisdom. Looking for what’s “right” in any situation opposed to what isn’t leads to a life of gratitude and feeling blessed. We are all on our own individual paths in life and it has it’s own special way of presenting us with the challenges we most need to grow.

It’s up to each of us to decide whether or not we listen.

I’m a self-professed madman, adventurer, photographer, certified High-Performance Coach, martial artist, and licensed physical trainer specializing in senior fitness. My passion is to continue growing and developing into my own unique, gifted, and joyful authenticity, while committing myself towards doing my own special part to help change the world. My mission is to help others find their own direction and purpose in life, by means of mentoring, teaching, and empowering.